Titleist Vokey Design SM9 wedges arrive. Find out about specifications, pricing, personalisation and when you can buy them. 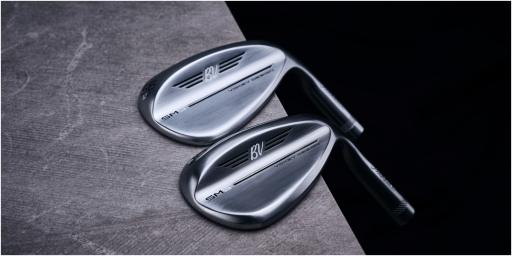 Look in most PGA Tour bags and you'll likely see a set of Titleist Vokey wedges.

That piece of equipment's popularity appears to know no bounds. Cam Smith debuted and then won in Hawaii with the latest from Titleist.

Alongside the Australian, 14 other players tested out the latest wedges: Titleist Vokey Design SM9.

Though it was not until now that we could really get a closer look and can detail all the specifications.

They do not differ too much in design from the SM8s, but the SM9s are offering new tech. So what's all the fuss?

Well, a lot of hard work, according to Bob Vokey. He said it takes them reportedly two years to put a product together.

Through each iteration, they learn something new. It's hard to know what to improve until you get it into a players hands.

One thing that is clear is how if it isn't broken then there is no need to fix it. Retaining the same profile is somewhat important.

The SM9 promises even more innovation with the progressive centre of gravity (CG) design originally introduced with the SM8.

SM9 continues to feature the most complete lineup of grind, bounce and loft options, allowing for more creativity and consistency, and giving players of any level the ability to create multiple shots into and around the green.

What the players said

"When I was testing SM9, it was nice to see the low controlled flight. For me, for someone who likes to flight my wedges and control my spin a lot, I need to be able to see that ball hit the windows. And I’m looking both low and high, but especially low. Because for me, it’s nice to be able to feel like I hit it and I don't look up and it’s coming high and floaty. It's hitting the flight that I want, the spin that I want and reacting how I want."

Vokey Design SM9 wedges are available for pre-order from 17 February.

They arrive in store on 11 March.

Next page: Five reasons to go Rogue with your Callaway driver

Golf news
Tiger Woods' 'TIGER SLAM' irons sell for over $5 million at auction
Equipment
Best golf balls as played by PGA Tour players at The Masters this week
Wedges
THIS is What Happens at a Titleist Vokey SM9 Custom Fitting
Equipment
Vice Golf produce some of the BEST golf balls in the World!
Equipment
The BEST golf balls for under £40 at Scottsdale Golf!