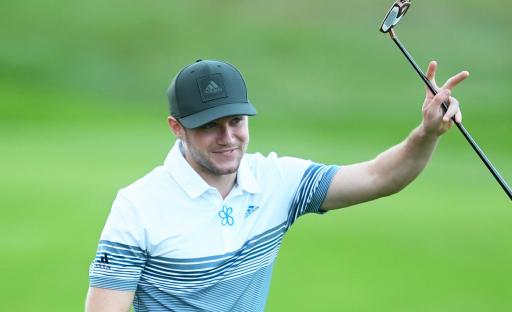 Niall Horan, who rose to global fame during his time as a member of boyband One Direction, is the first in a series of A-list celebrities to be confirmed for this year’s BMW PGA Championship Celebrity Pro-Am, taking place at the prestigious Wentworth Club on Wednesday, September 8.

The Irishman, who has since become a successful solo artist with his band, The Slow Hands, is no stranger to the star-studded Celebrity Pro-Am, the traditional curtain-raiser to the BMW PGA Championship, the European Tour’s third Rolex Series event of the 2021 Race to Dubai.

As a member of Wentworth Club, the 27-year-old is familiar with the challenging West Course. However, the hugely popular event attracts a considerable crowd and performing in front of thousands of fans on the golf course is very different to performing up on stage.

Horan, who plays off a handicap of nine, said: "I've sung in front of thousands of people; performed concerts all around the world, but when you hear your name called out on the first tee at Wentworth, and you step out in front of that crowd onto the tee box...it's nerve wracking! We’ve done okay over the years though - I think we’ve won it twice – and it’s pretty cool getting to play with the pros.

“It's a proper family day out and a great atmosphere before the actual tournament and serious stuff kicks off. The celebrity turn out is amazing. You have all sorts of actors, singers, sports stars and TV personalities. I just love it. It’s my home club and it’s always a great day.”

The tournament itself gets underway on Thursday September 9, when Tyrrell Hatton will return to defend his BMW PGA Championship title. The Ryder Cup star leads a host of home hopefuls aiming to make it three English victories in a row at the Rolex Series event.

Hatton will be joined by fellow Ryder Cup stars Tommy Fleetwood, Ian Poulter and Justin Rose, as well as the 2020 Race to Dubai Champion Lee Westwood.

The 2019 BMW PGA Championship winner and 2016 Masters Tournament champion Danny Willett will also tee it up at the Surrey venue, as will World Number 22 Matt Fitzpatrick and four-time European Tour winner Matt Wallace.

They will all be hoping to impress in front of the home crowd at Wentworth Club, which will host some of the biggest stars of world golf in the final qualifying event for the European Ryder Cup team. Pádraig Harrington and his team will attempt to retain the famous trophy against the United States two weeks later at Whistling Straits, in Wisconsin.

Kit Gartrell, Championship Director of the BMW PGA Championship, said: “The BMW PGA Celebrity Pro-Am has become a real highlight of the week, offering fans the chance to see some of world golf’s biggest names tee it up alongside stars of the stage, screen and sport. The players receive a wonderful reception from the huge crowds that come to watch. It promises to be another fantastic day.

“With live concerts returning as well, there will be a real festival atmosphere to this year’s BMW PGA Championship. Rock trio Feeder will be performing on the Saturday, and then Global hitmakers Clean Bandit will headline on the Slingsby Show Stage on the Sunday.

“We cannot wait to welcome everyone back to Wentworth to enjoy five days of world-class golf and entertainment in a relaxed and fun environment.”