McIlroy admits the wedge he was using on Thursday was "no good" for Bermuda grass at TPC Southwind. 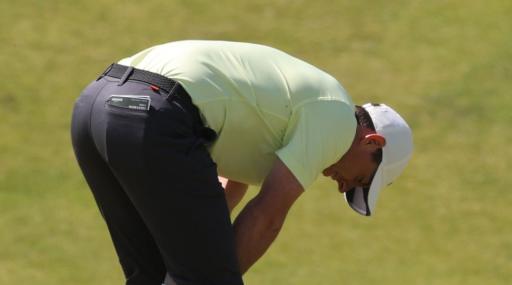 Rory McIlroy duffed three chip shots in his first round at the WGC-FedEx St Jude Invitational on Thursday, and put it all down to simply not having the correct sole in his lob wedge.

McIlroy received a new lob wedge with a better suited sole for the Bermuda grass of TPC Southwind ahead of his second round on Friday, and has since managed to perform much better around the greens, saving par seven times in nine attempts the past two rounds.

RELATED: RORY MCILROY BLAMES JET LAG FOR FAILING TO CONTEND AT THE WGC!

The Northern Irishman's comments would appear to echo the importance of being custom fit for your clubs, especially when it comes to wedges and the type of course conditions you are playing on.

"The first round was – I switched lob wedges, I got TaylorMade to overnight me a lob wedge yesterday because obviously the conditions here are way different than the conditions we've been playing," said McIlroy, who was seen duffing three chip shots en route to an opening round of 2-over 72.

"I got here with a lob wedge with a sole that just completely was no good in Bermuda, and I chunked a few chips on Thursday and I just was like, 'I'm usually a pretty good chipper of the ball'.

"I just went back to a sole that I've used before, especially that I've done well with in Bermuda conditions, and it's been a little better around the greens the last couple days."

You do have to wonder how McIlroy - with access to all the possible equipment he could possibly wish for on Tour - could have failed to have the correct lob wedge in his bag prior to the first round, especially having played practice rounds there on Tuesday and Wednesday.

McIlroy arrived in Memphis earlier in the week from Tokyo after having narrowly missed out on a bronze medal in the Olympic Tournament at Kasumigaseki Country Club, a venue with Zoysia grass as opposed to Bermuda grass as is the case at TPC Southwind this week.

McIlroy, who has recently switched from a TaylorMade mallet to a Scotty Cameron blade putter, lost 2.491 shots to the field in the strokes-gained putting statistic on Thursday, finishing third last in the ranking on day one.

But while the short game and putting is still seemingly a work in progress for the four-time major champion, McIlroy is at least happy with his bread and butter, the driver.

"I know what I do well with the driver," said McIlroy.

"I've done it my whole career. I turn big, wide, sort of wind up and then sort of hang on my right side and throw my arms and my body at it.

"You know, I was trying to go away from using my talent and my hands and trying to just sort of do it all with body turn and try to make it very mechanically efficient.

McIlroy finds himself 12 shots off the pace heading into the final round following rounds of 72 and a pair of 66s.

NEXT PAGE: BERND WIESBERGER CALLS FOR BRYSON DECHAMBEAU TO BE FINED OR DQ'D AFTER NOT SHOUTING 'FORE'