Faldo believes banning golf tees could be the answer to golf's distance debate... 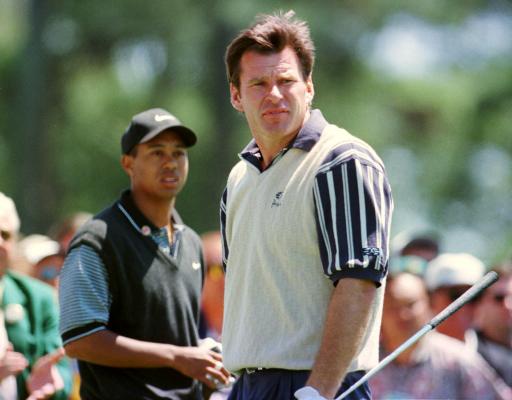 Sir Nick Faldo claims "banning" the use of tees would be one of the most logical ways to stop the world's best players on the PGA Tour from overpowering golf courses.

"If they banned tee pegs, if they went and played a tournament with no tee pegs, the guys would have to go out and alter their drivers," said Faldo.

"They'd say, 'Alright, you're allowed to place it on the grass.' You wouldn't be using [a driver that's] 6 degrees. You'd need to use one that can get airborne a bit. And that would seriously change it.

"I think that's what we have to get out there. It's about the quality of the strike. And that would bring in a little more inconsistency."

According to reports, the percentage of 320-yard-plus drives on the PGA Tour is a third higher in the last decade than it was from 2001-2010.