A prototype Ping iron has been spotted in the bag of Tyrrell Hatton and Stewart Cink at the 150th Open Championship. 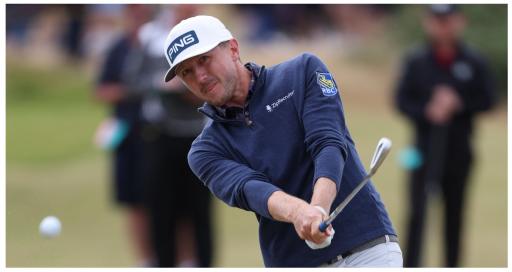 All eyes are on the 150th Open Championship at St. Andrews and golf nerds will be absolutely buzzing after the new Ping irons were spotted at the Old Course.

A landmark major is an interesting place to test out new products because it is seen as the most important tournament in an elite player’s schedule.

The all-new Stealth UDI and DHY driving irons are powered by SpeedFoam Air and this helps to promote the optimal launch, distance and playability for every golfer.

The forged 4140 steel L-Face with inverted cone technology, combined with a Thru-Slot Speed Pocket, is meant to provide ample distance, forgiveness and workability.

We’ll have to wait to find out if McIlroy decided to put it in his bag for his first round, but he was off to a fast start and was 4-under par thru his first seven holes.

The prototype Ping i230 irons were spotted in the bags of England’s Tyrrell Hatton and the former 2009 Open winner Stewart Cink.

They are likely to be the replacement for the i210 iron which launched in July 2018.

They look similar, although they do appear to have a longer blade length with a more compact profile.

There are a few differences from the previous i210 model, with the introduction of a weight screw in the toe of the iron.

The new irons that are in the staffers bags also appear to have more grooves on the face that we saw with the i59 and i525 models.

Next page: Everything you need to know about buying a driver