Rory McIlroy appears to have the TaylorMade Stealth UDI in the bag this week as he looks to win his first major championship in eight years and his second Claret Jug. 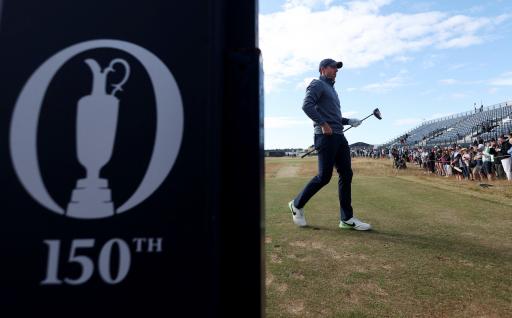 Rory McIlroy was spotted using the TaylorMade Stealth UDI in a practice round ahead of The 150th Open Championship at St Andrews this week.

As per TaylorMade's Instagram account, McIlroy was recorded striping the new driving iron down one of the dry and fast fairways of the home of golf in Scotland.

The all-new Stealth UDI and DHY driving irons are powered by SpeedFoam Air and this helps to promote the optimal launch, distance and playability for every golfer.

The forged 4140 steel L-Face with inverted cone technology, combined with a Thru-Slot Speed Pocket, is meant to provide ample distance, forgiveness and workability.

There are multiple design changes to the Stealth UDI and DHY featuring a black chrome on the toe, while keeping the monochromatic theme with a slight hint of red to tie into the rest of the Stealth family.

The colour red is very prominent in the TaylorMade Stealth driver with its carbon face. This has proven to be very popular in 2022 and it will be used by Tiger Woods during The Open this week.

At the US Open, McIlroy used Stealth 3-wood on his way to a tied fifth finish. At the RBC Canadian Open, he used the TaylorMade SIM Ti 3-wood instead where he won his 21st PGA Tour title.

It has been widely suggested that driving irons, 1-irons and 2-irons could be frequently used by the players this week at The 150th Open Championship due to the firm fairways.

It will certainly be interesting to see how McIlroy goes about trying to win his fifth major championship at the home of golf. Amongst all of the top players this week, he is the favourite to lift the Claret Jug.