TaylorMade Golf is now up for sale, parent company KPS asking for $2 billion

TaylorMade Golf - the golf equipment sponsor of Tiger Woods, Rory McIlroy and Dustin Johnson - is reportedly up for sale... 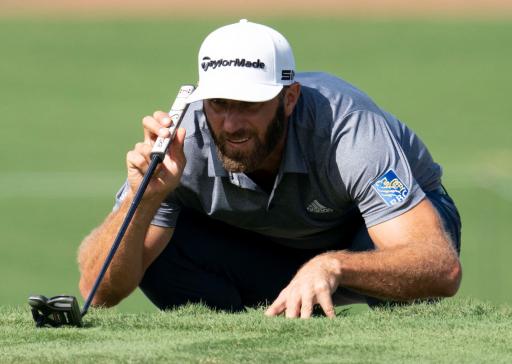 KPS Capital Partners reportedly wants to sell TaylorMade Golf with a potential asking price exceeding $2 million, according to a report in the New York Times.

The article claims that KPS Capital Partners, which acquired TaylorMade from adidas for $425 million back in 2017, has now hired Morgan Stanley to run the sale of the golf equipment brand based in Carlsbad, California.

"A deal could value the company at more than $2 billion; KPS bought it for $425 million from Adidas four years ago. Spokespeople for Morgan Stanley and KPS declined to comment, while TaylorMade was unavailable for comment."

TaylorMade Golf, regarded by many as the biggest brand in the equipment market, sponsors the biggest names on the PGA Tour including Dustin Johnson, Rory McIlroy, Collin Morikawa and Tiger Woods - the latter of which CEO David Abeles explains has been a "key component to the strength and growth" of the company in recent years.

No potential buyers have been listed in the New York Times article.

Despite the coronavirus pandemic sweeping the world and having a big impact on the opening of golf courses, analytics company Golf DataTech has recently revealed that participation in golf in the United States rose by 14% in 2020 against 2019.

"While the global pandemic wreaked havoc on many segments of our economy, the golf industry experienced a significant boost in rounds played and equipment sales," said John Krzynowek, a partner at Golf Datatech.

"On the equipment side, sales increased by low single digits in both 2018 and 2019, but the double-digit gains in 2020 can only be attributed to the pandemic and golf being a respite for so many."

The story has read just as similar here in the United Kingdom - certainly on the course at least - with the average number of rounds played across the country up 59% in 2020 in comparison to 2019, with total rounds for the year up 7% on 2019.