The Three Best Irons for high handicappers in 2022

High handicappers need forgiving and reliable irons to improve their game in 2022, so which clubs have been released that can help this? 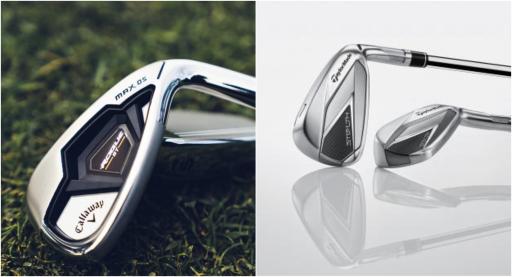 The early months of the new year are always dominated by the releases of drivers, fairway woods, irons and putters.

Although many PGA Tour players work in collaboration with big brands to tailor clubs to their preferences, the top brands such as TaylorMade, Callaway and Cobra cater for every golfer of every ability.

Irons are now made in a way that optimises the sweet spot using a variety of techniques such as customised weighting and forward-placed CG.

You may argue that your swing and ball-striking is more important than buying new clubs, however, better clubs will make you better at golf. There is no question about that.

The TaylorMade Stealth irons, the Callaway Rogue ST irons and the Cobra King LTDx irons are three of the most forgiving clubs in 2022.

Take a look below at the summaries of each brand new set and you can decide which model will improve your game the best.

The TaylorMade Stealth irons (£854) are some of the best beginner's irons of the year. They have a large sole and a thick topline which instills confidence at address.

The company have used the cap back design with toe construction. This improves the face's ability to flex, delivering the ball speed and forgiveness.

Inside the cap back design is the damping system which spans the full face from the heel to the toe. This gives the club a solid feel. The design is sleek black and grey which is also very aesthetically pleasing.

Within the set, the Rogue ST MAX OS irons (£849) are refined game improvement clubs with high launch, wide soles and an enhanced offset.

The Rogue ST MAX (£849) irons have the strongest lofts in the Rogue ST family. They offer incredible speed, forgiveness and all-around performance which suit high handicappers.

The Cobra Golf King LTDx irons (£799) in Variable and One Length editions have been designed to deliver distance, forgiveness and maximum ball speeds.

The irons use an intelligent PWR-COR Weighting design that positions the CG and adds face and body flexion to deliver great ball speeds and reliability.

They also come with a larger PWRSHELL Face which makes the King LTDx irons the perfect blend of forgiveness, distance and feel.