Tiger Woods' winning Nike Golf ball from the 2005 Masters - yes, the one that sat on the edge of the cup for what seemed an eternity before dropping in for birdie at the par-3 16th - has sold for $30,326.40 on greenjacketauctions.com.

Woods won the 2005 Masters for his fourth of four green jackets, defeating Chris DiMarco at the first extra hole.

Most of you will remember two things from that week at Augusta National - Woods' legendary fist pump after victory and perhaps most memorably when his ball hung on the lip at the 16th before descending into darkness and the loudest cheers ever heard on Georgia's hallowed turf.

"Woods was apparently shocked that Steve Williams tossed the ball into the crowd, as he has a history of keeping his major championship winning golf balls, but Woods was in good spirits about it, and joked that the ball was "probably going to be on eBay."

Heritage Auctions was quoted as saying that this ball might be worth $100,000, so the winning bid appears to have got a bargain.

"Quite impressively, Mr Cheek declined his $100,000 payday and instead offered it back to Woods for free," writes GJA.

Woods has used a Scotty Cameron Newport 2 GSS (German Stainless Steel) with red paint filling and his name printed on the back and his initials stamped on the face for 13 of his 14 major championship wins ever since putting it in his bag back in 1999.

The former world number one apparently would get a couple of backup putters made each year during his time working with Titleist’s master craftsman Scotty Cameron, and he would try them out to see if they were to his liking.

Another one of Tiger's backup putters went for $60k in Japan three years ago.

GJA estimates that the current 'main' putter used by Woods is worth over $1 million, so it might be worth sending Tiger a nice letter in advance! 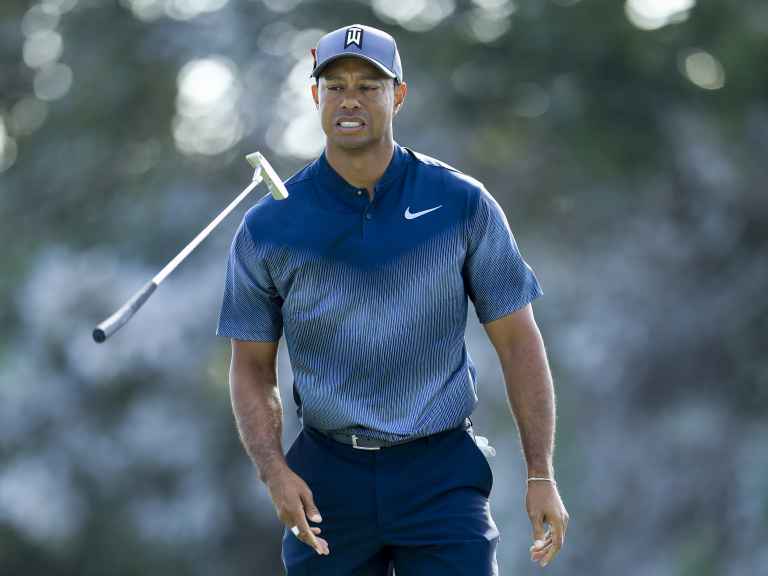 Woods said in 2016 that not even his son is allowed to touch his beloved Scotty Cameron putter: "Charlie knows there are two putters he can’t touch.

"There’s the black one I won with the Teryllium insert. I won the Masters in ’97 with it and this Scotty Cameron. They sit next to each other. Touch any other putter, do anything you want with any other putter. But these putters are off limits.”

How much would you pay for a golf product used by Tiger Woods? Tell us in the GM Forum or join us on social media.

NEXT PAGE: THE MOST EXPENSIVE PUTTERS OF ALL TIME