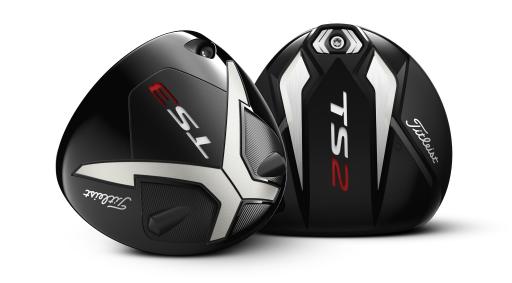 WATCH OUR FULL REVIEW ABOVE

A two-year mission to design greater speed into every detail of driver technology has led to the introduction of the new Titleist TS drivers, available in store from September 28 with fittings at Titleist fitting events and select retailers beginning nationwide from today.

This mission – the “Titleist Speed Project,” as it was referenced internally by the Titleist Metalwoods R&D team – began with a challenge from the game’s best players to make Titleist drivers as fast as possible. What followed was a relentless pursuit to solicit speed from every micron and milligram of the driver head, culminating with the development of two new driver models – TS2 and TS3.

At the US Open at Shinnecock Hills (the first week that TS drivers were available for competition), Titleist explains it became immediately clear the new TS2 and TS3 models had passed the test. Seventeen players put TS drivers in play – including Justin Thomas, who unleashed a career-long 422-yard drive in Round 1 – an unprecedented shift for the week of a major championship.

> Ultra-Thin Titanium Crown. The thinnest cast titanium crown in the game (20 percent thinner than 917 drivers) allows weight to be shifted lower and deeper.

> Thinner, Faster Face. The fastest face Titleist has ever made face thicknesses create the lowest CG ever in a Titleist driver

In June, Michael Kim (TS2 10.5o) became the first player to post a victory with the new Titleist TS driver, winning the John Deere Classic by a record eight shots. For the tournament, Kim averaged five yards more off the tee (294.8) and was nearly 30 percentage points (82.14%) higher in Driving Accuracy compared to his 2017-18 season averages.

From September 6, golfers can experience the speed of TS drivers by attending a Titleist Fitting Day or Trial event (including Titleist Thursdays) being held at hundreds of locations nationwide. To find an event, or book a free TS metals fitting with a Titleist Product Specialist, golfers can visit www.titleist.co.uk/events. To see a list of all Titleist fitting locations nationwide, visit www.titleist.co.uk/locator.