We recently went through a putter education with Titleist Scotty Cameron - class is in session... 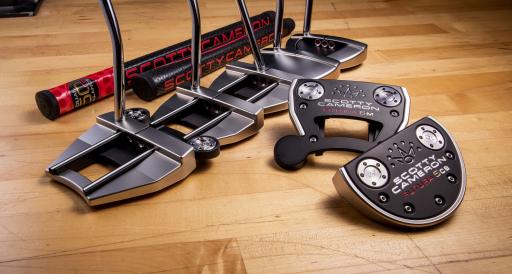 Nothing’s changed (...other than the Tiger bit) over the decades.

Cameron first started chiseling flat sticks in the 1960s under the tutelage of his father in the family garage, honing his craft and dreaming up new inventions.

In 1993 came the breakthrough. Bernhard Langer, struggling on the greens, used a Scotty Cameron Prototype en route to winning the masters, and the brand had its launchpad.

In September 1994,  the company merged with mega brand Titleist and relocated down the road to Carlsbad, California - and then things went into overdrive.

A Scotty Cameron “Putter Education” takes golfers through the range, each club’s benefits, putting in general and why a certain golfer would be suited to a specific club. Prepare to learn a lot, and also put to bed some myths.

It does not involve high-tech cameras, lasers, or mechanical devices - it’s all done by eye, and perhaps the odd picture on a smartphone. Scotty Cameron believes it is still the most effective way to find the right putter for a player - a dose of old school in a progressively mechanised market. This is the reason it is not labelled a “putter fitting”, which many other brands offer.

The aim is to work out how the ball, the putter and the golfer work together, and how Scotty Cameron can harmonise the relationships.

Take a novice golfer to a club outlet and chances are he/she will be overwhelmed by the number of putters on offer.

First choice is between mallet or blade. On the whole, mallet putters (Futura line) are suited to a person with a straight back, straight through stroke, while a blade (Newport line) is better for a person with more of an arcing stroke.

Mallet putters clearly have a much higher MOI, making them more forgiving for most players.

What we did: after trying out a few blade models, we decided to try some mallet models and were sold. While some brands use cheap materials and tardy inserts which dull feel and generally sub-par, Scotty Cameron’s mallet putters give an incredible feel and sound, and look superb.

We had a go at short, long and sloping putts with a series of Futura putters.

PUTTERS ARE NOT PENDULUMS!!! It’s a common misconception that putters should come exactly straight back and through, but because of a club’s lie angle, the putter should move along an arcing path.

There are two important factors in path:

How the head and shaft of the putter connects determines the “toe flow”, which in turn impacts the arc. A player can alter their arc by choosing a certain type of toe flow.

Plumbing necks: medium toe flow, suited to players with a natural stroke who like a balance putter

Flare and flow necks: maximum toe flow, can help players with mechanical strokes that tend to start outside the arc.

What we did: after trying a couple of Futura models, we could see that our arc was a little too strong, and we had a tendency to get a bit nervy on the shorter putts.

We tried a number of models from the range, and put them head to head in a putting challenge. The Futura 7M model waltzed to victory, and we felt by far the most confident with it in hand.

The ideal set-up has your eyes 1-2 inches inside the ball, allowing golfers to execute a natural arcing stroke.

A putter that is too long will put your eyes too far inside the ball, which will promote too much of an arcing stroke. A club that is too short will do the exact opposite.

What we did: we tried going down to a 34 inch model, as many players use a putter that is too long for them. This made us hunch over too much, so we switched to a 35 inch model which helped us stand in a more athletic position, and brought our eyes into the correct position. 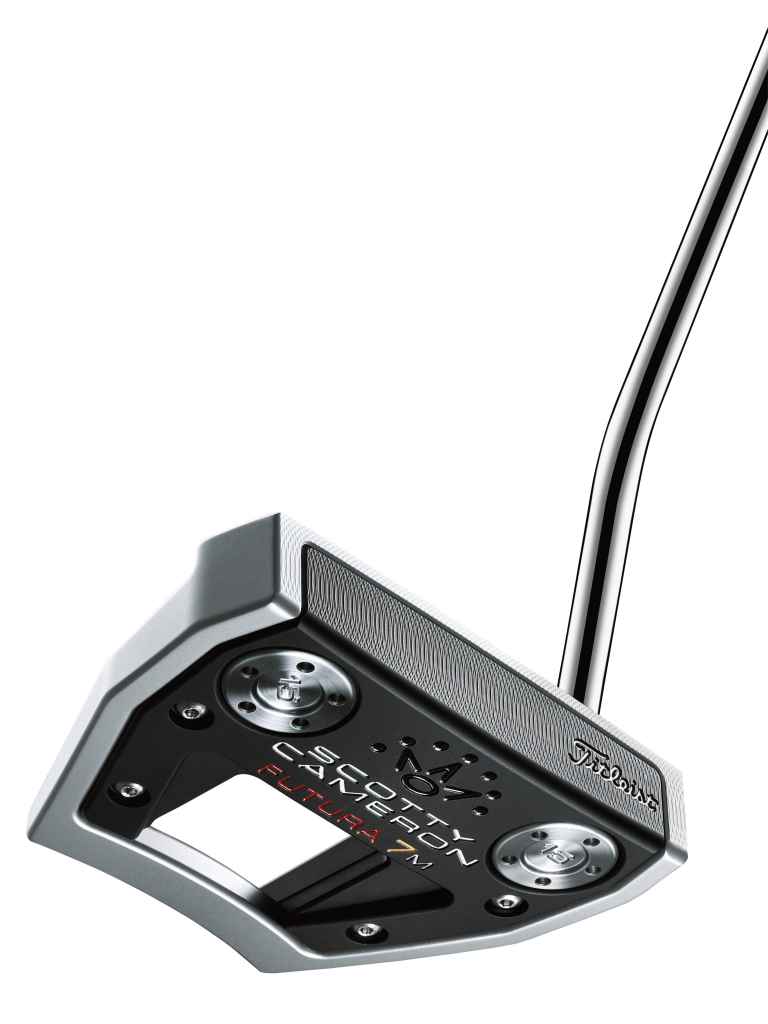 Once you have found the correct length, a player needs to find the right loft, to make sure the ball gets rolling end over end as soon as possible.

Standard lie angle works for the large majority of players, if they have the right length putter.

What we did: looking at our strike on the ball in slow motion, and watching putts closely, we could see that the ball was rolling off the club face quickly, and therefore we felt there was no need to change loft.

Scotty Cameron offers Dual Balanced putters, which are heavier and promote smooth strokes. This can be useful for players who struggle to keep their hands quiet through impact.

Head to the Titleist Scotty Cameron website for more.