Top 5 Cobra Drivers of All Time

WATCH: We pick what we believe to be the top 5 Cobra drivers ever. 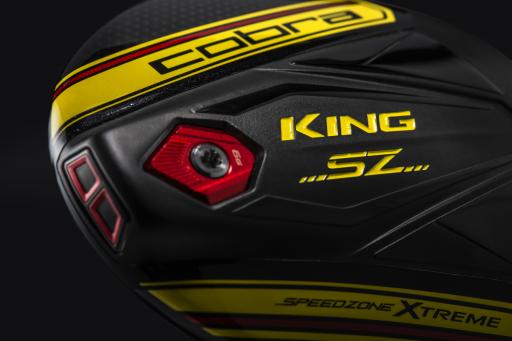 Cobra has always been known for creating amazing drivers, packed full of technology and to be honest we can’t remember a Cobra driver that didn’t wow us, so in this article and video, we’ve narrowed it down to what we believe are the five best Cobra drivers ever.

Up first we’ve got the Cobra AMP Cell driver, launched back in 2012. Featuring E9 Face Technology, which proved to be one of cobra’s most successful technologies in a driver, improving distance and accuracy on miss-hits, this driver was certainly ahead of its time.

Next on our top five is the Cobra FlyZ+ driver which hit the market in 2015 and was an absolute monster in the hands of Rickie Fowler on the PGA Tour. It features Cobra’s FlipZone, where a weight could be moved forward to promote low spin and high speeds, or moved back to increase the spin and make it more forgiving.

The third driver to make our top five is the Cobra KING LTD driver which flew off the shelves in 2016. Taking design inspiration from a material investigation at the International Space Station, the King Ltd driver features an eye-catching Space Port window on the sole to generate a seriously low centre of gravity.

The Space Port consists of a 16 gram aerospace-grade aluminium weight and translucent port, which lets players view the inside of the head for the first time. This driver was fast, long and forgiving and was an easy pick for our all-time top five.

The KING F9 from 2019 was the easiest pick by far for our Cobra top 5 video, a driver that every cobra player won with on Tour and in our opinion is one of the best drivers we have ever seen, in terms of both performance AND design.

It features SPEEDBACK Technology, which, for the first time in golf, successfully combined a highly aerodynamic clubhead shape with low CG. The combination of an efficient aerodynamic shape and an engineered weight structure on the sole, improves club speed while maintaining a low, deep CG to create the most efficient transfer of energy to the ball.

Last but not least is the SPEEDZONE driver launched earlier in 2020. In the new SPEEDZONE drivers, Cobra tapped into the world of super cars to optimise six unique zones of performance to deliver unrivaled speed and distance.

Like a racecar, every component from the internal chassis design to the exterior shaping was engineered to maximize power output. It features a CNC Infinity Milled Face, where Cobra has expanded the milled area of the face by 95% enabling them to control face and leading-edge thickness.

The SPEEDZONE driver is one of the longest drivers we have ever tested and in terms of looks and design, cobra managed to raise the bar once again.