WATCH: What's in Hideki Matsuyama's bag as he wins The Masters

In one of our latest videos, we dive into the bag of newly crowned Masters champion Hideki Matsuyama. 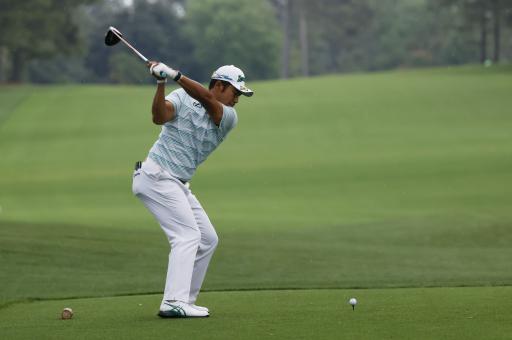 Hideki Matsuyama made history on Sunday after he became the first Asian-born golfer to win The Masters and he pieced together a phenomenal tournament with every club in the bag, especially his Scotty Cameron putter.

Although Matsuyama wasn't in the best of form leading up to The Masters, the Japanese star produced an incredible 7-under par third round to take the overnight lead heading into Sunday.

We didn't see Matsuyama's strongest performance in the final round (understandably with a green jacket on his mind) and the 29-year-old shot a 1-over par final round, but it was enough to get the job done at Augusta National.

With a Srixon ZX5 driver in his hands, Matsuyama found plenty of fairways, but it was on the greens where he was most impressive, using a Scotty Cameron Newport 2 GSS putter.

In one of our latest videos, our equipment editor Alex talks you through Matsuyama's winning bag.

HIDEKI MATSUYAMA - WHAT'S IN THE BAG?