Take a look at what clubs the Australian duo had in their bag as they won the Zurich Classic on the PGA Tour. 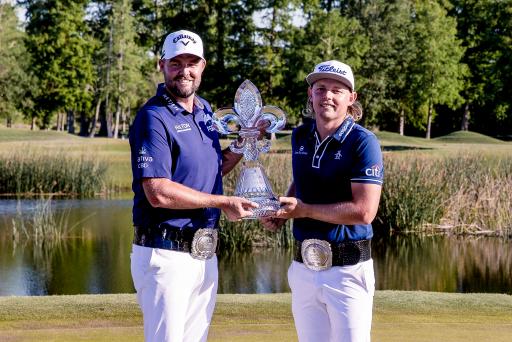 It was a thrilling end to this year's Zurich Classic, as Cameron Smith and Marc Leishman defeated Louis Oosthuizen and Charl Schwartzel in a playoff at TPC Louisiana, but what clubs did the Australian duo have in their bag?

The final round pairing between the two sides was neck and neck throughout Sunday's foursomes round and it looked as though it could go either way on the back nine.

Smith and Leishman held a one stroke lead, but a two-shot swing at the 15th saw the pair find themselves one behind, after they bogeyed the par-4 15th, with Schwartzel rolling in a putt for birdie.

At the short par-4 next, Smith went for the green with a 3-wood off the tee and an unlucky bounce saw his ball end up in the water, but Leishman chipped in to make an unlikely birdie, whilst Oosthuizen and Schwartzel could only manage a par.

A bogey for each side at the 17th put the teams at 20-under par for the tournament and pars all round at the par-5 last saw the event go to a playoff, where Oosthuizen made a crucial error when he sliced his drive into the water.

Smith pulled out his Titliest TSi3 driver and kept it in play and he would make the final shot of the tournament with his Scotty Cameron 009M Prototype putter, with a par good enough to seal the victory, with the South African duo making a double-bogey.

Take a look at Smith and Leishman's winning bags below.

NEXT PAGE: Golf fans react to Wyndham Clark hitting shot near an ALLIGATOR