The new Cobra AIRx driver: Could this be the driver for you?

Cobra has produced a number of fantastic drivers in recent years and they have now released the new Cobra AIRx driver for 2022. 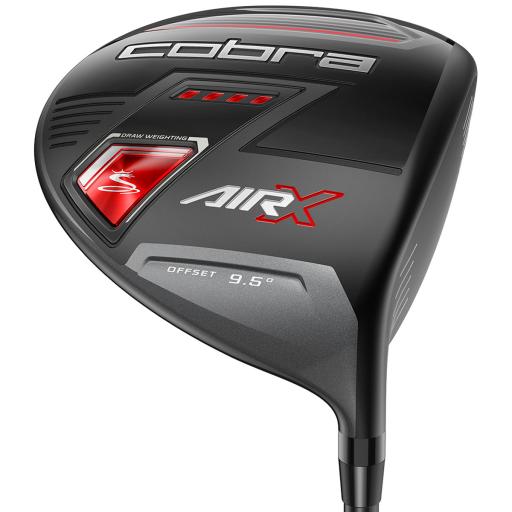 Cobra has one of the best portfolios of drivers in the game of golf and it has added the new Cobra AIRx to its impressive list.

Following on from recent designs with the Cobra LTDx, the AIRx club is their latest offset creation constructed using lightweight components.

They have manufactured a light carbon crown to save a further two grams of weight and strategically position it in the back of the clubhead which further increases the draw bias and adds stability through impact.

If you are a golfer that struggles for speed and launch and regularly slices the ball, the Cobra AIRx driver could be the solution to these problems.

The brand represents some of the biggest stars on the PGA Tour, the DP World Tour and the LPGA Tour. They are popular and they have shown their quality in both professional and amateur spheres.

Rickie Fowler, Bryson DeChambeau and Jason Dufner are all in partnerships with the famous brand, while Lexi Thompson is sponsored by them too.

Their hardware has been tried and tested by some of the best players in the world and we want to show you some of their most impressive clubs below.

Take a look at the best clubs from Cobra, beginning with the AIRx offset driver.

Cobra has manufactured a lighter carbon crown that has allowed them to save a further two grams of weight and strategically position it in the back/heel of the clubhead which further increases the draw bias and adds stability through impact.

Cobra’s design team have employed machine learning and CNC machining to shape their innovative technology, and this has led to the E9 face being replaced by a new variable thickness design named H.O.T face (Highly Optimised Technology).

The Cobra LTDx driver provides a combination of power and forgiveness that has been hitherto unseen making it a highly attractive option for golfers of all handicaps. It is the first driver to achieve zero CGna and a 5200 M.O.I. which in simple terms means that this superb driver is both extremely long and extremely forgiving.

The Cobra LTDx fairway wood utilises the PWR-COR and H.O.T Face technology that was developed for the new driver range and it works equally well in the fairways. The H.O.T Face uses 15 different zones each with its own optimised thickness which produces industry-leading ball speeds even on shots that have been badly mishit.

The KING Vintage Nova-40 features the hugely popular Fang Design that has been used so successfully on the world's professional golf tours by the best players in the world.