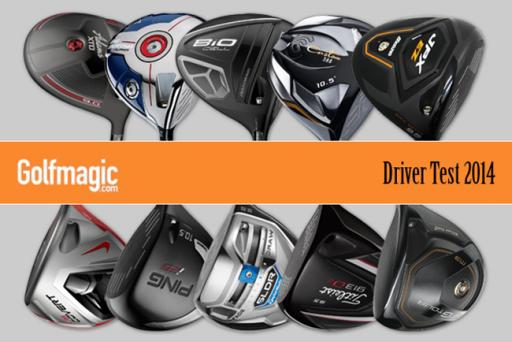 Summary: Bigger, faster and longer than last year’s industry game-changing VRS Covert driver - the world’s first to feature conforming High Speed Cavity Back technology - the new VRS Covert 2.0 driver delivers more forgiving distance, faster ball speed and simple, intuitive customisation to meet the swing needs of every athlete. New FlyBrace technology has been designed to reinforce the rearward portion of the head for greater ball speeds and up to six more yards than its predecessor.

Looks: Such a good looking driver and we all love the red looks - probably because three testers support United and one Arsenal. Pear-shaped head and rich red crown makes this one of the most attractive drivers on the market. The head profile is about as good as it gets. Not the best alignment aid with Nike tick down the bottom right and a small 2.0 in the front middle but it's just about okay to align with confidence. 4.5 (out of 5)

Feel: VRS Covert 2.0 driver delivers a soft, cushioned feel and sound at impact, like a low-pitched thud. The clubhead feels stable throughout the swing despite the aggressive kicking action in the standard stiff Kuro Kage shaft. Three testers didn't mind the tacky Tour Wrap grip too much but Andy, while liking the white colour, hated the feel of it, finding it much too tacky - but that's just more of a personal preference than a negative. 8.75 (out of 10)

Performance: Very strong ball flight and the longest driver in the test for our Tom (pro) and Andy (8). It absolutely flies off the face and runs for ages. Lower launching than some others in the test and very low spinning. A versatile driver with so many settings that virtually everyone can be fit for it. Tom and Andy found it easy to manipulate the ball both ways. Much more forgiving than the previous Covert driver. 9.5 (out of 10)

Verdict: Nike's best driver to date, very impressive. Long, straight, looks the part and doesn't break the bank as much as others. Get involved 22.75 (out of 25)

Next driver, PING i25