Here are ten of our favourite game changers from the past 50 years. Does yours feature? 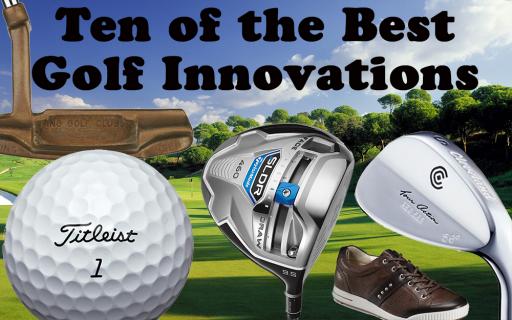 The invention of the electric trolley is PowaKaddy’s biggest claim to fame, since becoming an easily recognised brand name and wildly successful invention in the time since it was first unveiled to the public in 1983 in order to confront the often arduous task of players having to cart clubs across a course’s terrain.

The first rendition of the PowaKaddy electric trolley was designed in order to address the exhausting work of hauling clubs around the links in either a bag by itself or in a traditional golf trolley which is essentially a shopping cart for club bags.

Released in '83, yes I was still in minus territory, by inventor Joe Catford and business partner John Martin and produced in a small production facility in Sittingbourne in Kent, the original model dubbed the PowaKaddy Classic was unveiled to an interested public.

The first PowaKaddy used the same basic principle as modern editions; a traditional golf trolley (used to carry club bags) is powered by a small electric motor, affixed to the wheels of the trolley’s chassis and significantly reducing the weight of the cart.

PowaKaddy electric golf trolleys, in their current form, have become a staple of the serious golfer’s equipment, offering a great increase in relaxation on the links and free movement around the course. Their massive success has lead to overwhelming success in the United Kingdom and Ireland, making PowaKaddy a brand name synonymous with electric golf carts and a familiar term for every active golfer.

The PowaKaddy electric golf trolley has come a long way since its inception in the early 1980’s, altering some aspects of the design form itself while also improving on every aspect of the cart to ensure a quality product for the discerning golfer.

This was evident when I took a quick look around the PowaKaddy factory in Sittingbourne recently, and saw for myself just how much attention to detail goes into the production process when it comes to the new FW3, FW5 and FW7 electric trolleys for 2014.