Jon Rahm will peg it up this week as the European Tour heads to the acclaimed Valderrama layout. 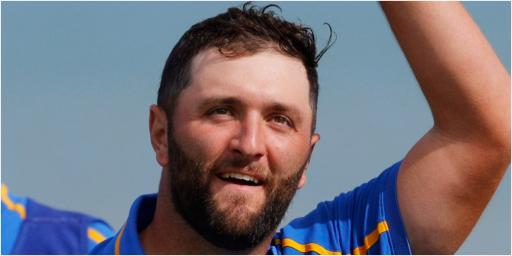 The European Tour will continue its swing through Spain where Jon Rahm will look to put last week's dissapointment behind him.

Rahm had won his home open in 2018 and 2019 but after a strong start he faded over the weekend as fellow Spaniard Rafael Cabrera-Bello claimed victory on the first playoff hole at the Acciona Open de Espana.

This week John Catlin will look to defend his title after he made his break through for his first European Tour victory last time out.

Europe's finest will be playing at the Club de Golf Valderrama which famously hosted the 1997 Ryder Cup where Europe claimed victory by one point over the United States.

Two of Rahm's seven European Tour victories have come on Spanish soil and now Rahm wants to add another. He told the media: "I have some unfinished business, that's for sure."

Here are a selection of top players in the field and their odds:

So who does GolfMagic fancy this week?

Last week Rahm was shorter than Tiger Woods found himself heading into tournaments at the peak of his career and it was surprising to see him struggle, particularly on Saturday afternoon.

There are some standout players this week who you could expect big things from. Kaymer followed his vice-captaincy stint at the Ryder Cup with an average performance at the Dunhill Links but he boasts a decent record at this course. It's a tough one to call, this.

Here are our three picks:

Jon Rahm cheered onto the 1st tee ahead of today’s final round in Madrid. #AccionaOpen pic.twitter.com/d4EUOwHTSy

Obviously. There isn't the need for any great inquest into his performance last weekend. He's the world's best for a reason and he just lacked a cutting edge last week. Valderrama is known as a tight course with trees in the middle of fairways and tiny greens. This suits Rahm down to the ground.

How to read a US Open green by @AdrianOtaegui pic.twitter.com/hYnmyskBNB

Otaegui's record here is pretty darn good. He's finished 38th, 12th and 17th and missed the cut once by one shot. His iron play last week was seriously very good. He finished 17th last week meaning he has an ideal platform to do even better this week.

Beef won here in 2016. He played very well last week and signed for three rounds in the 60s along with an opening 70. Since his victory he's cemented why he likes this course so much by making every single cut and finished inside the top 25 on two occasions. Before the Ryder Cup break he finished sixth at Wentworth, indicating he's trending in the right direction.

RELATED: VIDEO EMERGES OF TIGER WALKING ON THE GOLF COURSE

NEXT PAGE: NBA STAR OFF TO HORROR START IN COLLEGE CAREER