Danny Willett hosted the Betfred British Masters at The Belfry this week, which was won by 48-year-old Richard Bland. 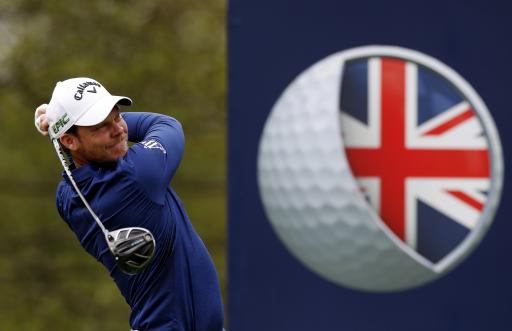 Willett chose Prostate Cancer UK as the official charity of the event and Betfred pledged to donate £1,000 for every birdie and £2,000 for every eagle that the man from Sheffield made throughout his four rounds.

The 2016 Masters champion made nine birdies in his first two rounds at The Belfry and he added another 10 birdies on Friday and Saturday to complete the great donation total.

The 33-year-old has been a long-term supporter of Prostate Cancer UK after hearing of the great work of fellow Yorkshireman John Brownless, who was diagnosed with the disease in 2004.

Brownless has raised more than £50,000 for the charity in the last seven years by organising golf days in England and Spain. Unfortunately, Brownless is one of 400,000 people affected by prostate cancer in the United Kingdom.

"It is a good feeling to raise money for charity," said Willett.

"I tried to get an eagle on 17 for a cheeky little bonus. It's very generous that Betfred offered to support the cause and I'm delighted to have raised £19,000 for Prostate Cancer UK."

Willett proudly sports the "Man of Men" badge on his golf bag to support the charity and you can do that too, while also finding out more about Prostate Cancer UK's work at prostatecanceruk.org/golf.