Thorbjorn Olesen has had his suspension lifted by the European Tour after his trial date was pushed to December 2021. 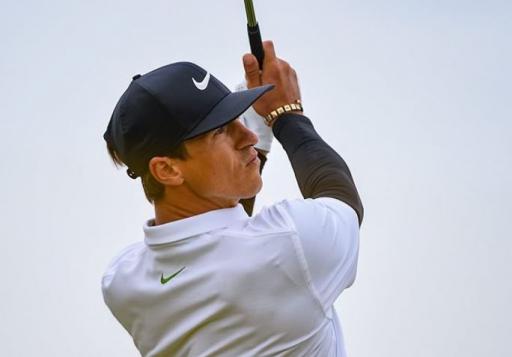 Thorbjorn Olesen has had his suspension lifted by the European Tour after his trial date was pushed back to December 2021 after the “unprecedented delay in court proceedings” due to the coronavirus pandemic.

The Dane is awaiting trial after he was arrested last year following an alleged incident on a BA flight and he faces charges of sexual assault, being drunk on an aircraft and assault by beating, all of which he pleaded 'not guilty' to in court back in December.

Olesen was suspended by the European Tour last year in August "pending the outcome of legal proceedings" but due to a backlog of trials being pushed back as a result of COVID-19, the tour has temporarily lifted his suspension.

“This will be reviewed following the conclusion of the legal process, but as this is an on-going legal matter the European Tour will be making no further comment at this time,” the tour said in a statement.

Olesen had previously agreed that he would not take part in tour events and was keen to clear his name before returning to the European Tour, but given that his trial has been moved from May 11 2020 to the end of 2021, the 2018 Ryder Cup star is grateful he can "continue his career."

“While my team and I initially agreed that I would not participate in Tour events while the legal proceedings were outstanding, I am naturally grateful to the European Tour for allowing me to continue my career following the lengthy adjournment of my trial,” Olesen said in a statement.

Olesen, who has now dropped to 166th in the World Rankings due to his ban, is now eligble to play in the British Masters at Close House in Newcastle, as Englishman Lee Westwood takes his turn at hosting the event.

Last week, Olesen played his first competitive round of golf in 11 months as he competed in the Danish PGA Championship at Himmerland Golf Club, where he finished T7 with a score of 8-under par.

“I am incredibly sad about what has happened and would like to apologise to all the Danes who have supported me for so many years,” Olesen said to the media after the tournament.