Belgium's national Open will be held as a stroke play event for the first time since 2000. 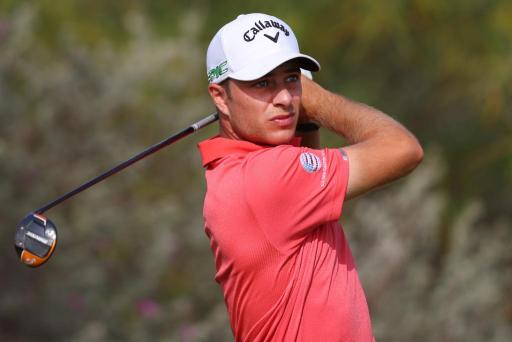 The European Tour has announced that Belgium will once again be a part of the Race to Dubai schedule in 2022, when the tour's biggest stars will tee it up at Rinkven International Golf Club for the Soudal Open.

Belgium last held its national Open as a strokeplay event in 2000, before it was reborn as the Belgian Knockout tournament, which combined both match play and stroke play, firstly in 2018 and most recently in 2019, when it was won by Italian star Guido Migliozzi.

Exact dates are still to be confirmed, but the tournament is set to take place in May or June next year, with a total prize purse of €1 million euros (£867,000).

The European Tour will return to Belgium in 2022 with the announcement of the Soudal Open, which will take place at The Rinkven International Golf Club in Schilde, near Antwerp.

Rory McIlroy on Dubai Desert Classic return: "It's a comfortable place for me"
Collin Morikawa had "no clue" where the ball was going in Abu Dhabi

"Belgium has a strong tradition of European Tour events as well as history of producing some terrific talent, so we are delighted the country's national Open will be part of our schedule again next year," said European Tour CEO Keith Pelley.

The Belgian Open has been won by some of the biggest names in the game in previous years, with past champions including Sir Nick Faldo, former World No.1 Lee Westwood who won the tournament in 1998 and 2000, as well as former Open Champion Darren Clarke.

It was also confirmed by the European Tour that the Australian PGA Championship will make its return as one of the first events of the 2022 schedule, after it was cancelled last year due to the coronavirus pandemic.

NEXT PAGE: Shane Lowry without regular caddie until The Open due to Covid restrictions