Reigning Open Champion Shane Lowry revealed it's unlikely for him to return to Europe until he defends his title in July, whilst he will also be without his regular caddie until then. 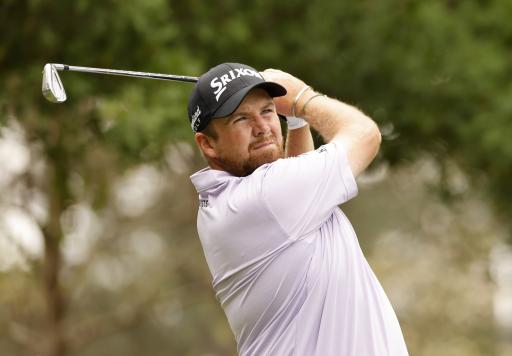 Shane Lowry will be without his regular caddie for the next two major championships due to Covid restrictions and he will have to wait until he defends his Open title to team up with Brian 'Bo' Martin once again.

The Irishman also revealed that it's unlikely he will return to Europe until The Open in July and that his home Irish Open could be in serious trouble due to the strict Covid restrictions currently in place.

Lowry shot a round of 72 at Augusta National on Sunday to finish The Masters level par and in a tie for 21st, as Hideki Matsuyama claimed his first major title.

With Lowry's caddie Martin heading home to Ireland, along with other members of Lowry's support team, the 34-year-old is looking for a replacement caddie to work with on the PGA Tour, as well as the next two major championships.

The Open returns to the schedule later this year, having been cancelled in 2020 due to the coronavirus pandemic and Lowry plans on staying in America until he defends his title at Royal St George's in July.

The Irish Open typically features home favourites and is a tournament that Lowry takes great pride in playing, but he believes the current Covid restrictions will cause a large number of players not to participate.

"So I have no idea what my schedule is going to be leading up to The Open, but it's definitely going to be mostly over here. I don't know if I'll get back to play in Europe at all.

"If you look at what the Irish government are out there doing, I think the Irish Open is going to be in trouble because they are out there putting France, Germany, and the US on a quarantine for two weeks. So I don't know what's going to happen there."

Lowry is currently unsure of who he will have on his bag on the PGA Tour in the coming weeks, but he made it clear he wouldn't ask Martin to quarantine alone in a hotel, so he will seek help from someone on US soil.

"I know things are tough for everybody at the minute, but my coach and my team are going home, and I probably won't see them until The Open," he added. "It's not great, because I want them over here for the big tournaments, the PGA and the US Open. We'll see what happens. I don't know.

"Maybe there will be exemptions or something. We are an Olympic sport now. Maybe we should get an exemption. I have no idea.

"There's a couple of guys who aren't playing next week and they're out there looking for a job. So I'll find a caddie out there somewhere."

NEXT PAGE: Golf fans left FURIOUS with the standard of coverage at The Masters