Garrick Higgo makes HOLE IN ONE en route to another European Tour win! 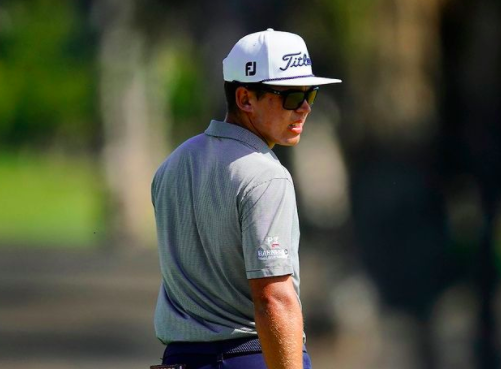 Garrick Higgo made an incredible hole-in-one at the par-3 7th hole, on his way to an emphatic six-shot victory at the Canary Islands Championship.

The South African, who won the Gran Canaria Lopesan Open just two weeks ago, shot 64 in his final round to finish on 27-under-par for the tournament, which is the joint-second lowest winning score in European Tour history.

After a third-round score of 7-under-par at Costa Adeje Golf, the World No. 66 began the day with a two-shot lead and he didn't look back, making three birdies in his first six holes to move to 22-under-par.

HOLE IN ONE @garrick_higgo just made the first hole in one of his professional career!

A word from our champion @garrick_higgo after his third victory on the European Tour #CanaryIslandsChampionship pic.twitter.com/zeweN9aBF7

Higgo then stepped up to the par-3 7th hole and made his first professional hole-in-one to stamp his authority on the tournament and move even further clear.

The 21-year-old added another four birdies in his next eight holes, threatening Ernie Els' record of the lowest ever winning score of 29-under-par.

He bogeyed the 16th but still finished on 27-under-par. By winning again in his 26th start, Higgo equalled the record for the least amount of European Tour or PGA Tour events needed to reach three wins since 1990, a record he now shares with Tiger Woods.

Maverick Antcliff, who began the day five shots behind Higgo, shot a 6-under-par 65 to finish in second place on 21-under-par.

Niall Kearney shot an incredible 61 on Sunday in Tenerife, which was 11 shots better than his score of 1-over-par in the third round. The Irishman made nine birdies and an eagle on his way to a round of 10-under-par to finish joint fourth, with Tapio Pulkannen in third on 20-under-par.

NEXT PAGE: THE TOP FIVE COBRA DRIVERS THAT GOLF FANS HAVE EVER SEEN