Shane Lowry watched his ball in the air on the par-3 17th hole at the DP World Tour Championship and it looked as though he was getting the keys to his new BMW... 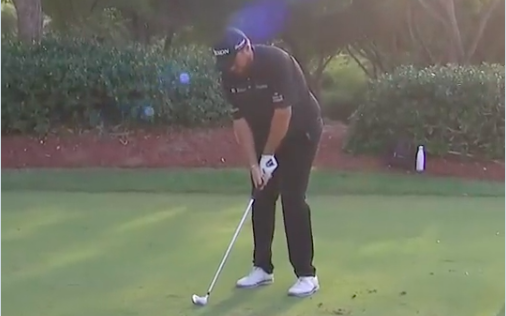 Shane Lowry's personality is clear to see when he plays on the European Tour and it's even clearer when he hits magnificent shots like this one.

On the par-3 17th hole on the Earth Course, there is a BMW M8 Coupe up for grabs for anyone who manages to make a hole-in-one.

The hole is 195 yards long and since the inaugural tournament in 2009, no one has holed out from the tee box. But Lowry thought he had on Saturday in the DP World Tour Championship.

He hit his ball towards the green and while it was in the air, he was planning his first trip in his new BMW. "Gimme a new car!" said the Irishman as his ball came down.

Unfortunately, his plea wasn't answered. His ball bounced on the fringe and on to the green, but it finished about 15 feet from the pin. He could only settle for par.

According to BMW, there is a 0.03% chance of making a hole-in-one on the 17th hole, which explains why no player has made one in the 13 editions of the tournament.

Since 2009, the hole had been played 2,802 times with no one achieving the impossible. They all have one last chance to make history on Sunday.

Lowry shared a laugh with his playing partners and the spectators when his ball landed. The former Open champion shot a 71 on Saturday to sit three shots behind Ryder Cup teammate Rory McIlroy on 11-under-par.

It could've been far better for Lowry if he hadn't made a damaging double-bogey on the par-4 8th hole. However, he carded four birdies to stay in touch with McIlroy.

The 34-year-old can't win the Race to Dubai, but he could still win the DP World Tour Championship which would be his sixth win on the European Tour.