The Northern Irishman fired an eventful 67 on Saturday in Dubai to take a one-shot lead into the final round. 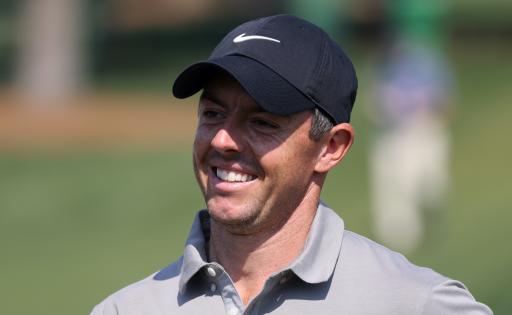 Rory McIlroy simply loves playing in Dubai as he takes a one-shot lead into the final round of the DP World Tour Championship.

The Northern Irishman has won four times in Dubai in his European Tour career and his third-round score of 67 has given him a narrow lead over Sam Horsfield on 14-under-par.

McIlroy was one shot behind Horsfield, Shane Lowry and John Catlin after 36 holes and although he bogeyed his first hole on Saturday, he recovered with four birdies on the front nine at Jumeirah Golf Estates.

Walking off the 10th hole, the four-time major winner held the joint lead on 12-under-par with Catlin, who steadily played his front nine in 2-under-par.

At this stage, Horsfield was just one shot behind and so was the Race to Dubai leader Collin Morikawa. The Open champion is looking to become the first American to win the season-long points award.

McIlroy found more birdies at the 11th and 13th holes as he increased his efforts to win his third DP World Tour Championship. He struggled to a bogey on the 17th hole, but found a birdie on the 18th hole to take the lead again.

The impressive Horsfield, the protege of fellow Englishman Ian Poulter, carded a 3-under-par 69 to finish on 13-under-par for the week. His back nine included two birdies a great eagle at the par-5 14th hole.

Alexander Bjork and popular Scotsman Robert MacIntyre are one shot further back and two shots behind McIlroy, while Morikawa is three shots behind after a round of 3-under-par on day three.

McIlroy is too far back in the standings to win the season-long points award for the fourth time, but he is in contention to win his 15th European Tour title.