Matthew Fitzpatrick managed to conquer Valderrama without making a bogey in the final round, but how would you get on? 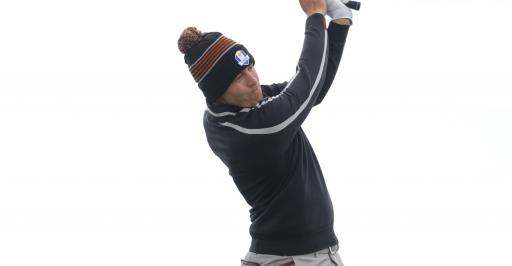 Valderrama is one of the most famous, yet difficult courses in continental Europe. Spaniard Pablo Larrazabal described it as 'Europe's Augusta'.

Matthew Fitzpatrick won the Estrella Damm N.A. Andalucía Masters last week at the historic venue and he was one of only 14 players to finish under par.

It was the Englishman's seventh European Tour win. He bounced back from another poor Ryder Cup experience to once again show his outstanding amateur pedigree.

When referring to amateur golfers, Sky Sports commentator and analyst Mark Roe said that most single-figure handicappers would struggle to break 90 at Valderrama.

RELATED: PGA TOUR: HOW TO WATCH ZOZO CHAMPIONSHIP PLUS ROUND 1 AND ROUND 2 TEE TIMES

This is a very interesting statement that was met with a mixed response from golf fans. It does make you wonder how good amateur players would fare around a European Tour venue.

"It's on the bucket list to win around Valderrama with the history that it has, and to do it bogey free Sunday as well, it's extra special"

A word from our champion #EDAM2021 pic.twitter.com/OrYvhGobFD

The World No. 1 and US Open champion Jon Rahm shot 7-over-par in the first round and ended up missing the cut on 11-over-par. Guido Migliozzi, Andy Sullivan and Michael Campbell all shot rounds in the 80's as well.

If we assume that amateurs playing off the member's tees are the same as European Tour players playing from championship tees, these scores prove that Valderrama is a very tough track.

Most single-figure handicappers play at a normal, run-of-the-mill golf course and they have obtained this mark through solid and consistent play.

What I mean to say is: most low handicappers have not earned their mark at a course as difficult as Valderrama. Therefore when they do play a track like this, it is definitely conceivable that they would play it in the way that Roe suggested.

RELATED: TIGER WOODS WON HIS 82ND PGA TOUR TITLE AT THE ZOZO CHAMPIONSHIP AND THIS IS HOW

There are more complexities to a professional player's swing. Perhaps a regular low handicapper could simplify the difficulty of Valderrama and plod their way around?

It is an interesting discussion and golf fans posted their views on social media.

Re your comments about single handicap golfers shooting 90 round Valderrama

I shot 80 having got in from Puerto Banus at 4.30 and spewing up on the course 3 times.

Unfortunately his commentary is like his golf…..god awful living off a couple good weeks 30 years ago….how @SkySportsGolf haven’t got rid of him yet baffles me

Did you play from the same tees they used today and were the greens running at over 13??

Yeah Mark, I shot a 75 having flown in from the jungles of Nigeria at 2:30 and got shot by a sniper on 4 separate holes. Also had 4 eagles, but I didn’t hit one in the water on purpose, because who does that? Cheerio!