Let's take a trip down memory lane and remind us how the big cat equalled Sam Snead's record number of wins... 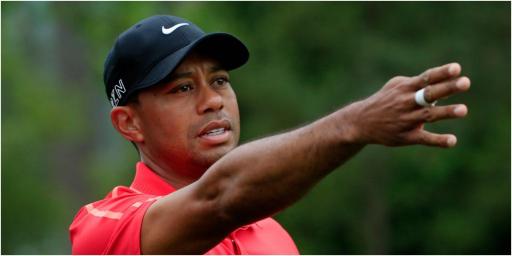 The golf world would have been surprised at the start of the week if Tiger Woods won the 2019 ZOZO Championship.

Afterall the big cat had not played after undergoing another knee surgery and this was his first start since.

Woods also had to pull out of the Northern Trust that year with what he described as a mild oblique strain.

Yet Woods has forged a career out of making comebacks and his play in Japan that week was just an example of his enduring dominance.

It looked like Woods was going to struggle that week as he started his tournament with three consecutive bogeys.

But then things started to change.

What happened next was just vintage Woods as he took apart the Accordia Golf Narashino Country Club.

Gary Woodland was later quoted as saying he's never seen such a magnificent display of ball striking up close.

One of the most enduring images that came out from the week was a photograph of Woods hitting a tee shot.

Nobody in the crowd was on their phone and they were simply captivated by watching Woods.

They were simply in awe of Woods and over the five days - there was a storm on Friday - he became a champion for the 82nd time.

He outlasted a spirited challenge from home favourite Hideki Matsuyama to win by three shots.

Win No. 82. @TigerWoods captured the historic title at the 2019 @ZOZOCHAMP.#TOURVault pic.twitter.com/ehf7fpyLIF

Woods played one of his rounds with Tommy Fleetwood and the shaggy-haired Brit later confessed it was the best golf he's ever watched.

Satoshi Kodaira also played with his idol and admitted it was difficult for him to concentrate although he said it was an honour.

Fans were spotted climbing trees and looking through fences to try and catch a glimpse of Woods.

In the final round Woods played alongside Keegan Bradley and Gary Woodland.

Woodland faded but later told the PGA Tour official website: "At that point I was out of contention and he was trying to close.

"It obviously meant a lot to him to get to 82. You could tell that.

"I was trying to stay out of his way, but he talked the whole time on the back nine.

"I don't know if that's completely normal for him, but it was impressive.

"Not many guys get you to watch while you’re competing but he's one of them.

"You want to beat him, but when the time was over, when I could tell I wasn't going to win, I was rooting for him.

"When he's on, his distance control is better than anybody I've ever seen and that was evident that week.

"It was as good as I've seen ball-striking-wise, and then he hit the shots coming down the stretch that he had to do. That's pretty special."

From +3️⃣ to -6️⃣. @TigerWoods shook off a slow start @zozochamp to card a 6️⃣4️⃣, his lowest round EVER to open a season on TOUR. pic.twitter.com/zpMoDH9FQZ

Woods later told the media the win was validation of him becoming a playing captain at the Presidents Cup.

But what was he smoking when he thought he needed any validation?

What the future holds for Woods remains unclear.

He hasn't publicly gone into detail about the state of his injuries and how he is recovering.

But he's walking again - albeit gingerly - and sources close to him claim he stop at nothing to return.

RELATED: GOLF CLUB USAGE IN THE UK DOWN 35 PER CENT

NEXT PAGE: THE TOP FIVE CRAZIEST GOLF GADGETS YOU CAN BUY NOW