You may think that the ideal day for a world-class golfer such as Robert MacIntyre would be different to the regular person, but you would have to think again. 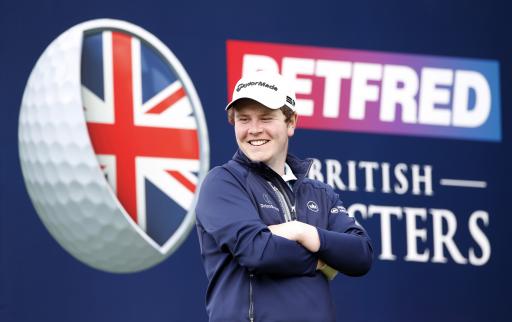 Robert MacIntyre is one of the most improved golfers on the European Tour and is an emerging talent that could excite golf fans for years to come.

However, you may think that this would require days and days of constant practise, but the 24-year-old revealed to the European Tour that his "perfect day" is no different from the average person.

MacIntyre said that his ideal day would consist of having a tattie scone roll and a square sausage in the morning and then chill out, followed by 18 holes of golf, some training in the evening and then watching football to finish the day off.

This sounds to me like the perfect day for many people across the country. MacIntyre even joked about how much his perfect day mostly revolves around food, as he also said he would have chicken curry for his evening meal.

Golf fans commented on the video:

"Square sausage and tattie scone roll, the breakfast of champions," one fan said.

"A proper athlete, with proper nutritional values," one fan commented.

"What a guy! Pride of Scotland," another fan commented.

"Hope he never changes, brilliant. Wonder if Bryson has ever had a tattie scone," one fan said.

MacIntyre has become a player to look out for on both the European and PGA Tours. He picked up his first win on the former when he was victorious at the Aphrodite Hills Cyprus Showdown in November.

In April, the World No. 45 made his debut at The Masters and it was a week to remember for the Scotsman as he finished tied 12th.

MacIntyre is competing in the Betfred British Masters this week. His opening round of 1-under-par on Wednesday at the Belfry put him five shots behind first-round leader Matthias Schwab.

NEXT PAGE: ANDY SULLIVAN DRIVES THE GREEN OVER WATER DURING BRITISH MASTERS FIRST ROUND