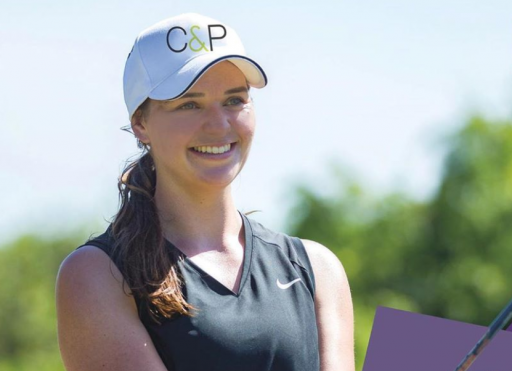 Ladies European Tour pro Rachel Drummond has told Sky Sports News that suffering sexual abuse as a youngster has now led her to create a Foundation that will help young people through golf.

Drummond, 30, spoke openly to Sky Sports about how being "sexually abused" had impacted her life - along with her blossoming golf career where she turned pro eight years ago - but that she is now in a better position to discuss the situation more freely.

(Rachel's abuser has since passed away).

"In the last few years, I've done a lot of healing around the topic," said Drummond. "I don't think I realised until a couple of years ago how much it had impacted me throughout my life.

"I now feel in a position where I want to talk about it freely. I want to inspire kids that may be going through something similar. You can have a career and be successful."

"It was very consistent and I didn't realise it.

"By not talking, it gave the situation power and made me believe those things about myself. But talking about it now, I know that the picture I built around myself isn't true. And I can share that with other people and other children."

As a result of her traumatic life experience, Drummond has set up a Foundation called 'Hole in Wand' to get help encourage more kids to pick up a golf club and see it as something magical.

"The concept behind it is to not only get more children into the beautiful game of golf, but to align with charities that help kids in domestic and sexual abuse," she said. So, using golf and also my story to help others."

Drummond added: "As a child, part of my magic was taken away from me."