Lucas Herbert fought off a number of competitors on Sunday in Kilkenny to secure the 2021 Irish Open title. 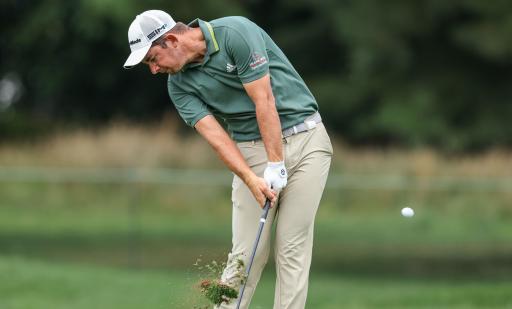 Lucas Herbert has won the Irish Open by three shots at Mount Juliet, claiming the second European Tour victory of his career.

Herbert came out on top on what was an extremely competitive day in Kilkenny, where a number of players tussled their way up the leaderboard.

The Australian began the day with a narrow one-shot advantage over Johannes Veerman and he made a fast start with two birdies in his opening four holes.

On the 5th and 7th holes, Herbert found trouble in the trees but he escaped with only one bogey from both occasions to remain on 16-under-par for the tournament.

With seven holes remaining, the World No. 91 held a one-stroke advantage on 17-under-par, ahead of Veerman, Franceso Laporta and Grant Forrest.

Between hole 5 and hole 10, Laporta made an incredible six birdies in a row to mount a serious challenge at Mount Juliet, but he made a damaging double-bogey on the final hole to finish on 14-under-par in a tie for fourth place.

The American Veerman found a birdie on the 14th hole to draw level with Herbert on 17-under-par, but Herbert pulled away with two birdies in his final four holes to finish on 19-under-par, while Veerman made two bogeys.

Veerman finished four shots behind in third place, one shot behind Sweden's Rikard Karlberg who shot a 67 on Sunday to finish in outright second place.

"It's an unbelievable feeling, it's a difficult feeling. I feel like I was at one of my low points in my life two years ago when I played at Lahinch in the Irish Open," Herbert said.

"I feel like I've done a full swing and come back around and won the event that I was at a pretty low point at. It's pretty satisfying and I'm very happy standing here right now."