Bryson DeChambeau missed the cut for only the second time this season at the Rocket Mortgage Classic this week. 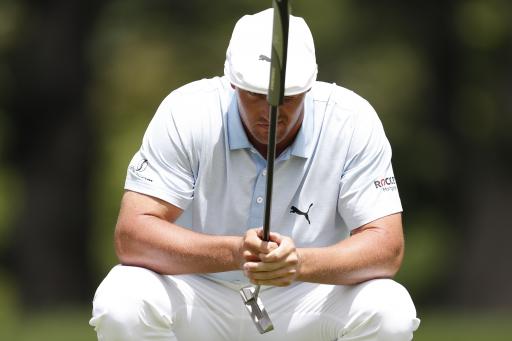 On both days that Bryson DeChambeau played at the Rocket Mortgage Classic this week, he declined to speak to the media.

However, while playing at Detroit Golf Club in the first two rounds, he was overheard saying "I hate golf," on the par-3 5th hole after he found the greenside bunker with his tee shot.

The World No. 6 was the highest-ranked player in the field but he could only finish on 1-under-par, which was two shots short of the uncommonly low cut mark of 3-under-par.

DeChambeau has now only made one top-10 finish in his last nine events on the PGA Tour, which is significantly short of the standards that he has set in the past.

Although Rocket Mortgage is one of DeChambeau's sponsors, he declined to speak to the media after both rounds on Thursday and Friday.

It has been a turbulent week where the 2020 US Open champion has once again been the centre of attention after he unexpectedly split with his caddie.

He and Tim Tucker went their separate ways, despite winning eight times on the PGA Tour together. Ben Schomin replaced Tucker in Detroit this week, but it wasn't to be for the new pair.

When the news was announced by DeChambeau's agent Brett Falkoff, Brooks Koepka was quick to respond on social media by posting a "caddie appreciation" tweet for his caddie Ricky Elliott.

This was the latest development in the longstanding spat between the two Americans which has intrigued and entertained golf fans, experts and players.