Matthew Fitzpatrick FIRES back over Twitter troll's attempt at "stirring"

The Sheffield United fan hit back after he made a statement on his social media in the wake of Ryder Cup defeat. 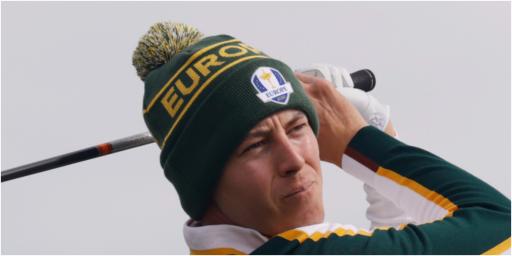 Matthew Fitzpatrick endured another disappointing Ryder Cup but he is still keeping his spirits high.

He posted a statement on his social media thanking his team for a memorable week after he played his second Ryder Cup.

Fitzpatrick was in the side that lost at Hazeltine in 2016 and has so far failed to secure a point for the Europeans even after Whistling Straits.

Padraig Harrington's side were dismantled 19-9 in one of the most lop-sided Ryder Cups of the modern era.

Fitzpatrick partnered Lee Westwood on the first two days and lost both his matches.

He lost to Daniel Berger on the 18th hole at Whistling Straits on the Sunday singles.

More like DB Whistling Straits Vibin @DanielBerger59 picked up the final point of the Ryder Cup with a win over Matthew Fitzpatrick Sunday. #GoUSA pic.twitter.com/fus8BnwxEi

"To my team, what a pleasure it was playing alongside you boys," he Tweeted.

"Could not have asked for better teammates supporting eachother.

"Memories that will stay with me forever and there's no others I'd rather play with than this lot.

"And hopefully I can be on the team in Rome for two years' time to get the trophy back!"

One social media user pointed to the fact that Fitzpatrick failed to mention Harrington in his statement.

But this was a non-issue for Fitzy, who fired back: "Good try at stirring".

He added: "Paddy and the vice captains were nothing but fantastic.

"Made my experience of the week better than I could have imagined with how they handled everything all week!"

Good try at stirring. Paddy and the vice captains were nothing but fantastic. Made my experience of the week better than I could have imagined with how they handled everything all week! https://t.co/HzjevFt9ls