Bryson DeChambeau's style of strength and aggression has earned him a major title, but has his strategy run its course? 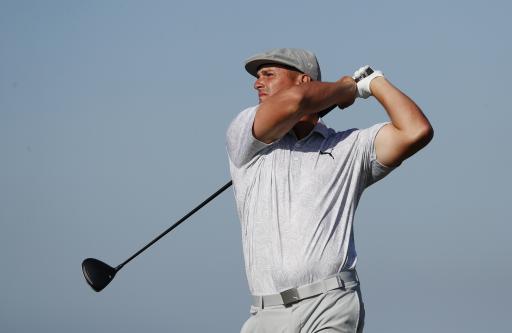 Bryson DeChambeau is the most talked-about golfer on the planet, of that there is no doubt. This is a result of his outgoing personality and his build-up of muscle to hit the ball as hard as he can off the tee box.

This style is not aesthetically pleasing and arguably reduces the amount of skill in golf, as hitting the ball long distances does not require much finesse.

However, it is very hard to criticise a player who has adopted this strategy from off the tee box and has gone on to win the US Open and other tournaments as well.

In the early season of 2021, DeChambeau's power was reaping serious rewards. After winning the US Open at Winged Foot, he won the Arnold Palmer Invitational and finished tied third at the Players Championship.

It is a style that has made him ranked as the fourth-best golfer on the planet earlier in the season, so you really cannot say that his style doesn't work.

But, it may not work in the long term. The 27-year-old has not finished in the top 10 on the PGA Tour since the Wells Fargo Championship in May.

Despite his form dipping, I would argue that DeChambeau's driving and power play isn't the problem. He is ranked first in strokes gained off the tee and ranked first in driving distance.

His driving is not the issue here, it is the fact that he doesn't give himself the opportunities to increase his scoring averages.

I was lucky enough to be stood right behind one of his drives last week at The Open Championship, and I can honestly say I've never seen anything like it.

DeChambeau was like the pied piper at Royal St. George's. Everyone wanted to watch him and see him hit his driver and I believe he has gained a lot of fans this season.

If the eight-time PGA Tour winner is to return to form, he needs to focus on getting the ball as close to the pin as possible, as opposed to changing his approach to driving.