Rickie Fowler has experienced a severe dip in form in recent years, but he is in the lead at the 3M Open after Thursday's first round. 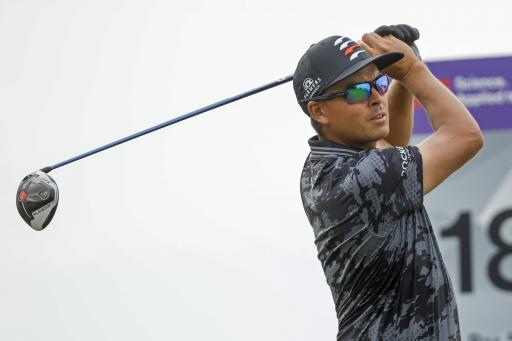 Rickie Fowler shot a fantastic score of 7-under-par on the first day of the 3M Open to hit the front of the leaderboard.

It is great to see Fowler, who has finished in the top 10 just once in his last 22 appearances on the PGA Tour, back to his best golf at TPC Twin Cities in Minnesota.

Fowler began his day with two birdies in his first two holes and he added another one on the 6th hole to complete his front nine in 3-under-par.

The 32-year-old added another four birdies on his back nine to complete a bogey-free score of 64 to lead the way in the first round on Thursday.

The five-time PGA Tour winner came tied 53rd at The Open Championship last week, but previously, he had failed to qualify for the US Open and The Masters this season.

Fowler is currently ranked 104th in the Official Golf World Rankings, and he had stooped to 128th in the rankings after he missed the cut at the AT&T Byron Nelson earlier this season.

But now Fowler could be on course to win the 3M Open, which would be his first win on the PGA Tour since the Waste Management Phoenix Open in 2019.

The man from California shares the lead with Troy Merritt, who unfortunately lost in a playoff to Cameron Davis at the Rocket Mortgage Classic earlier in 2021.

World No. 2 Dustin Johnson had a tame day during the first round at the 3M Open, carding 1-under-par to sit six shots behind the two leaders.

Louis Oosthuizen suffered yet more disappointment on a major championship Sunday last weekend at The Open, but he has bounced back with a 3-under-par 68.