Can Rory McIlroy and Jordan Spieth inspire others in the year of the comeback?

Rory McIlroy and Jordan Spieth have both ended significant trophy droughts this season, so who else will we see return to the winner's circle this year? 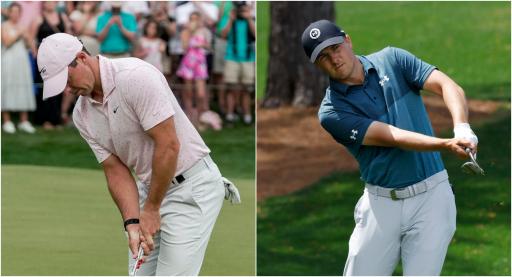 From Friday to Sunday of last week, Rory McIlroy produced some superb golf on the way to his 19th win on the PGA Tour, leaving us pondering how it was his first win since 2019.

When Jordan Spieth won the Valero Texas Open in April, this was the Texan's first win since the Open Championship in 2017 and it marked the end of a staggering four-year victory drought.

Hideki Matsuyama became the first male Japanese golfer to win a major championship at The Masters last month, but the 29-year-old also ended a four-year winless streak of his own.

Former World No.1 and four-time major champion Brooks Koepka also landed his first win since 2019 earlier this year with a second career win at the Phoenix Open.

With that in mind, 2021 has very much become the year of the comeback with four of golf's most well-known and recognisable figures securing long-overdue victories, and who is to say there won't be more to come.

The length of time these players had to endure in between victories shows that it can happen to any player, no matter how good or in-form they once were.

The PGA Tour arrives at TPC Craig Ranch for the AT&T Byron Nelson this week, where a number of notable players will be teeing it up to end droughts of their own.

Charl Schwartzel agonisingly lost in a playoff at the Zurich Classic of New Orleans, alongside his partner Louis Oosthuizen, and this maintained the South African's winless run of five years.

Schwartzel, who won The Masters in 2011, won the Valspar Championship in 2016 as well as the Tshwane Open on the European Tour, but these were his most recent victories.

After winning both the Wells Fargo Championship and the Farmers Insurance Open in 2018, Jason Day has not picked up a victory since as his form has significantly dipped.

The Australian is another major champion who is experiencing a lengthy winless streak that he could put to bed in Texas this week.

World No. 5 Xander Schauffele has finished in the top-10 an incredible 16 times since he last won at the Sentry Tournament of Champions in 2019.

Schauffele is developing a reputation for not handling pressure on big occasions, as we saw on the 16th hole on the final day at The Masters this year when he found the water and made a triple-bogey while in contention.

The list could go on, but if McIlroy, Spieth and Matsuyama are anything to go by, it wouldn't surprise me if we saw even more players break their trophy droughts this season.

NEXT PAGE: TOMMY FLEETWOOD: HOW MUCH IS THE ENGLISHMAN WORTH IN 2021?