Tommy Fleetwood: How much is the Englishman worth in 2021?

Tommy Fleetwood rose to prominence on the PGA Tour in 2017 and has become one of the most popular players in the world. 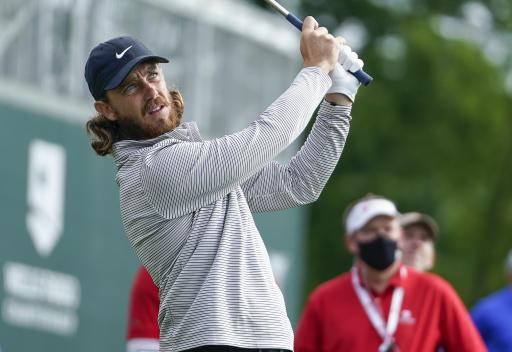 Tommy Fleetwood has endeared himself to both American and European golf fans with his superb play and outgoing personality.

In September, it will be the 10-year anniversary of the Englishman's first win on the Challenge Tour. Fleetwood won the Kazakhstan Open and announced himself into the golfing world.

He followed this up with a win in 2013 at the Johnny Walker Championship at Gleneagles on the European Tour, but the best was yet to come as Fleetwood improved with age.

In 2017, the 30-year-old won the Abu Dhabi HSBC Championship and the Open de France and his fine form made him a hot fancy for major championships and being selected for the 2018 European Ryder Cup side.

In the same year, he also caught the eye in America with his performances, as he finished second at the Mexico Championship, which was a World Golf Championship event, and fourth at the US Open.

Fleetwood finished five shots behind Brooks Koepka and this was the first of his three top-five finishes at major championships, the most recent being a second-place finish at the Open Championship in 2019.

The five-time European Tour winner was part of the winning Ryder Cup team in 2018, but he is still yet to win on the PGA Tour. Having said that, he has a built a healthy sum of $10,757,313 in career earnings in America.

Throughout his career, Fleetwood has picked up a number of sponsorships that have contributed to his wealth. He is currently sponsored by Nike, BMW, TaylorMade and Tag Heuer.

The man from Southport has risen from the Challenge Tour ranks to make a fantastic career that is far from over. It is estimated that Tommy Fleetwood is worth $5 million.

NEXT PAGE: WHAT DOES JON RAHM WEAR ON THE PGA TOUR? GET THE CALLAWAY STAR'S LOOK