Where does Joe Biden rank in the history of golf-mad US Presidents?

Joe Biden is the US President-elect and he is a fairly solid golfer by the sounds of it. 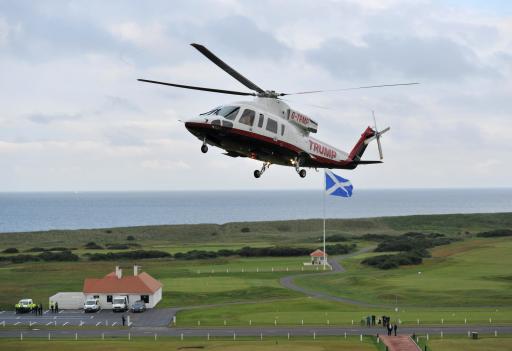 Joe Biden might not be a better golfer than Donald Trump, but he did beat him in the US Election to become the 46th President of the United States.

According to a Golf Digest article written on the subject, President Elect Biden is a very solid golfer with a 6.3 handicap although the report estimates his handicap is more likely around 10.

During a recent speech at the Republican National Convention, former Ohio governor John Kasich claimed Biden was nowhere near that of a single-digit handicapper.

"Joe Biden told me that he was a good golfer, and I've played golf with Joe Biden," said Kasich. "I can tell you that's not true, as well as all of the other things that he says."

Biden's supposed 6.3 handicap pales into insignificance somewhat when you put that up against Trump's alleged 2.8.

It was reported last week that Trump paid his 294th visit to any golf course since he was US President.

WATCH: TRUMP PLAYS GOLF AS BIDEN IS ELECTED US PRESIDENT

It will be very interesting to see how much golf Biden plays in his role as US President, particularly given his recent criticism of Trump playing too much golf, especially during the COVID-19 pandemic and a large number of Americans losing their jobs.

When it comes to the very best golfing US Presidents, Trump is the very best on paper at least. Depending on who you ask, Trump is either a very good player playing to single figures every round he plays, or someone who likes a magic pencil.

Other US Presidents through the years who have shone on the golf course include Dwight D. Eisenhower, who is regarded as the 'First Golfer' and a close friend of Arnold Palmer's.

He might not have been the strongest golfing President with a handicap of 14, but it is estimated that Eisenhower played more than 800 rounds during his two terms in office and that he even laid a putting surface on the White House lawn.

Eisenhower was also inducted into the World Golf Hall of Fame for his efforts alongside Palmer in helping grow the sport at large and getting as many Americans as possible to fall in love with the game.

In terms of the best swinger of them all, the award would probably have to go to John F. Kennedy, although it is believed his handicap fluctuated between the high singles to around 14.

Bill Clinton also had a solid golf game and played to about a 10 handicap, and George W. Bush had an 11-handicap while being touted as the "fastest player" of all previous US Presidents.

When it comes to overall passion for the game, former US President and 13-handicap golfer Barack Obama reportedly clocked in for more rounds in his first nine months in office than his predecessor Bush did in his entire eight years as president. In total, Obama played golf 333 times, so some 39 rounds more than Trump.

But not even Obama could match the rounds played by former US President Woodrow Wilson though, who impressively managed to play more than 1,200 rounds of golf in his six years as president.

Despite all his golfing outings, however, Wilson was regarded as a bit of "duffer" by many in the press, and unfortunately his career would ultimately be cut short by a stroke.

The majority of US Presidents have all loved the game to some degree, with the only exception being Richard Nixon, who just found that golf was never quite his thing.

So where does Biden rank as a golfer when it comes to all former US Presidents?

Well, we would have to say Trump leads the list with a 2.8 handicap, although you have to sort of question that when you take a closer look at his swing.

If Biden's 6.3 handicap is indeed true, then he walks into the second spot behind Trump, but let's wait until we've seen a bit more.

You'd then have to throw Kennedy, Eisenhower, Clinton, Bush and Obama into the mix as the next best golfing President.

Will Biden prove to become a Nixon, or will he go all out to try and beat Trump's 294 all out target? We'll just have to wait and see.

Given the way the world is right now, youd like to think Biden will just be happy for a few knocks every now and then.