12 golf jokes that will make you LOL then say "yup, that's me" 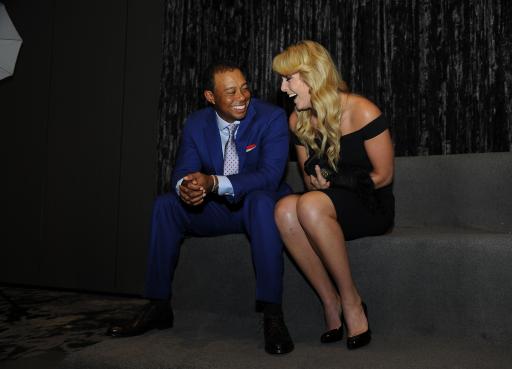 A husband and wife were golfing when suddenly the wife asked: "Honey, if I died would you get married again?"

The husband said: "No sweetie."

The woman said: "I'm sure you would."

Then the woman asked: "Would you let her sleep in our bed?"

And the man replied: "Yeah, I guess so."

Then the wife asked: "Would you let her use my golf clubs?"

And the husband replied: "No, she's left handed."

After enduring his worst round of golf in years, a golfer walked past a lake down the 18th hole.

He looked at his caddie and said: "I’ve played so badly all day, I think I’m going to drown myself in that lake."

The caddie replied: “I’m not sure you could keep your head down that long."

Two friends went out to play golf and were about to tee off when one of them noticed his partner had just the one golf ball.

"Don't you have at least one other golf ball?", he asked.

The other guy replied that no, he only needed the one.

"Are you sure?", the friend persisted. "What happens if you lose that ball?"

The other guy replied: "This is a very special golf ball. I won't lose it so I don't need another one."

"Well," the friend asked, "what happens if you miss your shot and the ball goes in the lake?"

"That's okay," he replied, "this special golf ball floats. I'll be able to retrieve it."

"Well, what happens if you hit it into the trees and it gets lost among the bushes and shrubs?"

The other guy replied, "That's okay too. You see, this special golf ball has a homing beacon. I'll be able to get it back - no problem."

Exasperated, the friend asks: "Okay. Let's say our game goes late, the sun goes down, and you hit your ball into a sand trap. What are you going to do then?"

"No problem," says the other guy, "you see, this ball is fluorescent. I'll be able to see it in the dark."

Finally satisfied that he needs only the one golf ball, the friend asks: "Hey, where did you get a golf ball like that anyway?"

The other guy replies: "I found it."

Two golfers are ready to play on the 15th tee as a funeral cortege passes by.

The first player stops, doffs his cap, and bows his head as the cortege passes.

"That was a really nice thing to do," the second golfer says. "It’s good to see there is still some respect in the world."

"Well, it’s only right," the first golfer replies. "I was married to her for 35 years."