The Presidents Cup has been going since 1994 now. It's time for change. 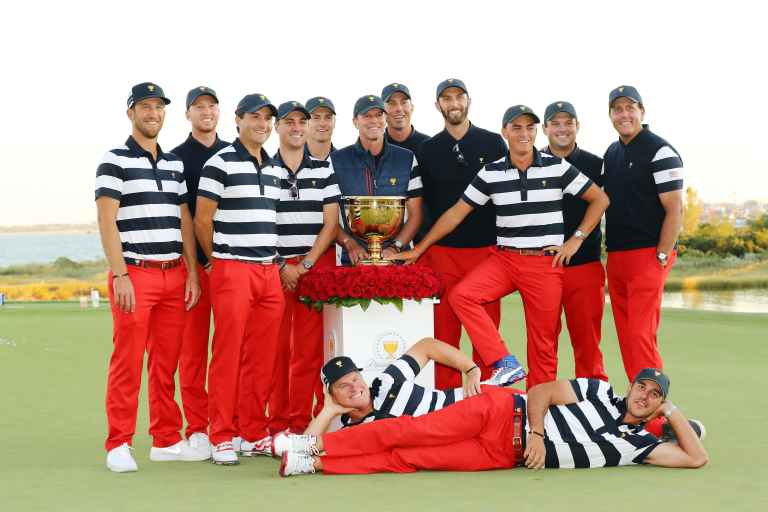 I could not have chosen a better late afternoon to paint my living room than Sunday. Honestly, watching my Dulux dry was more exciting than being on tenterhooks to see if the United States could somehow land that required one point from Sunday's 12 singles matches.

To the Internationals credit, apparently, they gained small consolation from winning the final day session 7.5-4.5, but it mattered little in the overall context of things as the hosts ran out commanding 19-11 winners. Again.

It marked a seventh consecutive victory for the stars and stripes and their 10th overall triumph since this biennial event began in 1994. 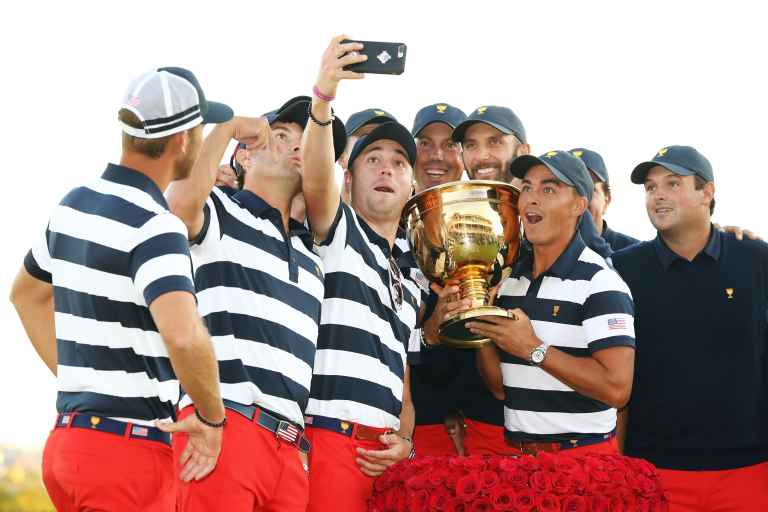 In the 12 years the matchplay competition has been staged, the Internationals have won only once - thumping the Americans 20.5-11.5 in Australia back in 1998 - and they scraped a tie in 2003 out in South Africa when Ernie Els and Tiger Woods could not be separated before darkness in extra holes.

Yes, the United States are very good and will likely take some beating if in this vein of form against Thomas Bjorn's European side when the Ryder Cup swings around next year at Le Golf National, but let's be honest, the Presidents Cup has always been a bit hit and miss.

At least this year we had a bit of controversy when referee Andy McFee shunned Tiger Woods to the amazement of Jordan Spieth.

WATCH: REF TO TIGER - "THIS IS BETWEEN ME AND SPIETH"

When you look at the Internationals current lineup, consisting of Jason Day, Hideki Matsuyama and Adam Scott, you'd think it was a pretty fair examination on paper. But then again, the Internationals don't have the advantage of team bonding quite like the Americans, who get a Ryder Cup thrown in there in between Presidents Cup years.

Something needs to change if it's ever going to capture the imagination.

Fresh of last week's demolition, Els, who acted as one of captain Nick Price's International assistant captains last week, has called for the event to be shortened with less points and less matches. We don't blame you, Ernie.

Here are four, rather tongue-in-cheek ways, to revive the tedious format in future years...

#1 - THE US CAPTAIN GETS TWO PRESIDENT PICKS

Can you imagine the absolute scenes when Trump and Spieth come up against Day and Matsuyama, and Obama and Thomas face off against Grace and Oosthuizen in the Thursday Foursomes? Now that would make us tune in!

I call for the next US captain to receive two President picks, current or old, adding them to 10 automatic picks of real golfers on the PGA Tour.

Handicaps for the Presidents can be taken into account to keep things fair, so you'd likely be looking at the Americans receiving a couple of shots here and there.

You'd like to think this would contribute to at least a few International points on the board.