Are golf courses in the U.K. about to be reopened?

Golf courses across the United Kingdom have been forced to shut down, but are they close to reopening the doors? 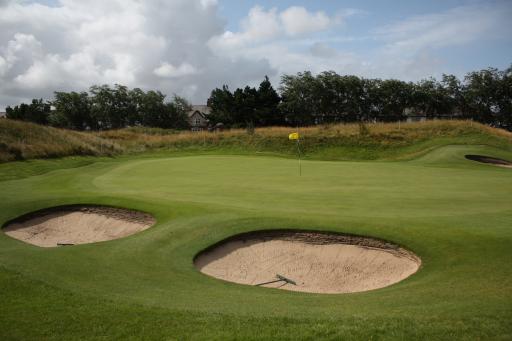 With the United Kingdom on lockdown as we battle against the spread of COVID-19, golf clubs and courses across the country have been forced to close their doors, but could we be back on the course sooner than we imagined?

After Prime Minister Boris Johnson ordered the country to stay inside, England Golf released a statement telling golf clubs that they must close to help slow the spread of the coronavirus.

RELATED: Can I play golf during the coronavirus lockdown?

Johnson told the public that you should only go outside unless it is absolutely necessary, to shop for the essentials or for an elderly and vulnerable person, while he also said you can leave the house to exercise once a day.

Walking, jogging and cycling have been listed as exercises that you are allowed outside for, which made many people ask why playing golf on your own or two metres apart from one other player is prohibited.

Before the lockdown, golf clubs had put measures in place to stop players having unnecessary contact with each other, by removing rakes from bunkers, requesting that you don't touch the flags and keep a safe distance apart from your playing partner.

RELATED: The Debate: Should golf courses have been forced to shut?

No one blamed England Golf for shutting down golf clubs, as they need to follow the government guidelines, but people did question the level of - or lack of - communication with the government.

Whether golf clubs should be open or closed caused a mass debate on our Facebook page and it seemed to be quite a balanced argument.

"I don't understand why we can go out jogging in a park full of other people doing the same thing but can't play golf on our own? Surely the golf course is a safe place to be if you follow the current guidelines in regards to not touching the flagstick? Reopen the courses, this is just ridiculous!" read one comment.

Some readers had a similar opinion, but for others, closing the courses is a must: "You people saying golf clubs should reopen aren't thinking about the bigger picture! So what you can't play golf for a month or two, get over it! We need to protect the NHS and if closing golf clubs helps do that then so be it."

In some areas of the country, golf clubs being shut hasn't stopped people from trying to get a few holes in, with numerous reports of the police having to get involved to turn golfers away.

Some clubs in England, such as Farleigh GC, are taking the game online for the time being.

"At times like this, it's important to think outside the box and be as innovative as possible," said general manager James Ibbetson. "One of the ways we have done this is a virtual captain's handover, as well as online golf lessons from our PGA professionals through the app Zoom.

"We will continue to do everything we can to keep the club in the best possible position throughout this challenging time and we are confident that we can emerge better than ever, when the time is right."

RELATED: Police turning golfers away who "nip out for a round of golf"

In Denmark, golf clubs have reopened with restrictions in place to keep players safe, by only allowing golfers on the course either on their own or with one playing partner.

Golf courses in Sweden and Estonia are still open, despite the ongoing fight against the coronavirus, whilst clubs in Australia are starting to reopen.

The United States government has told golf clubs to close their doors, but we have still seen comments from GolfMagic readers in the U.S. saying they have been able to go out and play.

"I played nine holes by myself yesterday morning, the club is still open," said one reader. "It was very quiet, I got some fresh air and I didn't come in to contact with anyone, what's the harm in that?"

So with some countries beginning to open their doors, will the U.K. soon follow suit? One general manager from a golf club in Surrey believes so.

"The lockdown has been extremely tough on us and other golf clubs across the country," he said (remaining anonymous). "But I think courses will be open sooner than people think.

"We've had nothing confirmed by England Golf, but I've spoken to a few other clubs in the area and the rumour going around is that golf courses in the United Kingdom will be allowed to open, but clubhouses must remain shut.

"Reopening is going to be crucial for our business, but I personally think golf is a great way for people to get out of the house for some exercise and I can't see why it's any different to going running or walking your dog."

No one knows what will happen over the next few weeks in regards to the country's lockdown and golf courses reopening would certainly put a few smiles on faces, but would it be the right call?

NEXT PAGE: RUMOUR: The Open set to be CANCELLED due to coronavirus