Check out GolfMagic's best bets for this week's Arnold Palmer Invitational, including two long shots at 80/1 and above that could be worth a punt. 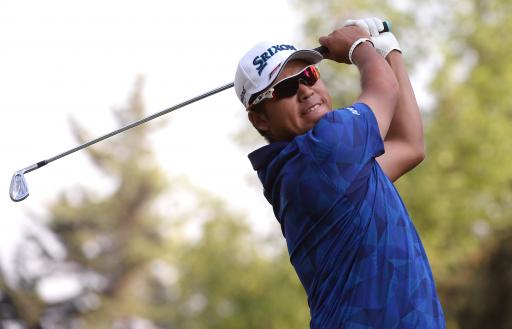 After correctly picking Sungjae Im to win the Honda Classic last week with a great price of 30/1, the GolfMagic team are back with this week's best bets for the Arnold Palmer Invitational at Bay Hill.

Francesco Molinari will be looking to defend his title after winning the event at Bay Hill last year, but the Italian is without a single top-10 finish since that win, so it's no surprise to see his odds of winning as long as 150/1.

Take a look at GolfMagic's selections below and feel free to let us know who you're backing this week through our social media platforms.

The new World No.1 loves Bay Hill and it will be no surprise to see Rory land his first win of 2020 and emulate his 2017 triumph here this week.
He also finished fourth in 2017 and sixth last year. The Northern Irishman arrives here off the back of six consecutive top-five finishes. Course form, current form, and very much the man everyone has to beat.
McIlroy comes here as the tournament favourite so he's not the best value for money, but if he plays well then he's going to be very difficult to slow down at Bay Hill.

Hideki Matsuyama's form is definitely going under the radar right now and we fancy him to make a go of it this week.

With tied 6th and tied 5th finishes in his last two starts he comes into the Arnold Palmer Invitational in very impressive form. Form which has also seen the Japanese golfer climb back into the top 20 in the world rankings.

Changes to his swing has made Hideki's ball striking more consistent and helped him reach 3rd in Strokes Gained tee-To-Green.

Henrik Stenson is a serious 'horses for courses' and with odds of 40/1 at the Arnold Palmer Invitational it's hard to ignore the Swede.

His record at Bay Hill is quite remarkable, with Stenson claiming four top-5 finishes in his last six appearances.

If you're looking for some longer odds with a serious return for your investment, then check out some of our outside picks for the Arnold Palmer Invitational this week.

Anything over 40/1 is a risk, but sometimes they pay off and these players could be well worth an each way bet at Bay Hill.

We love a cheeky outside bet and Kisner represents great value at 80/1 given he is some solid form at the minute and finished second here in 2017.
Typically one of the best putters in the game and also one of the most accurate, so if he can dial in his iron game this week we fancy him to be there or thereabouts come Sunday night. Arrives here off the back of four top-20 finishes in his last six starts.

A massive price at 100/1 but English could be worth an each way punt, given his fantastic accuracy off the tee that currently has him 17th in Strokes Gained Off-The-Tee, whilst his putting has also improved.

He shared the lead after round one of the Honda Classic last week and with four top-6 finishes before Christmas, English could be a dark horse at Bay Hill.