Brooks Koepka not bothered about awards

Brooks Koepka has finally spoken out following the result of the PGA Player of the Year award. 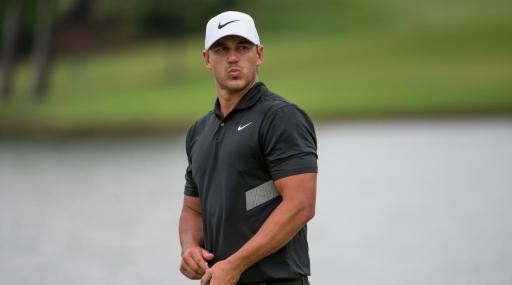 The PGA Player of the Year award became one of the most debatable topics of the year in golf, with Rory McIlroy beating Brooks Koepka to the Jack Nicklaus Trophy. Making his first start on the new PGA Tour season, Brooks Koepka has finally shed some light on how he feels about the result.

Many people believed that no one other than Koepka deserved the title of PGA Player of the Year, following his incredible results in the majors in 2019. winning the PGA Championship, finishing runner up in both the Masters and the US Open, before finishing in T4 in the last major of the year, the Open.

Koepka stayed quiet on the matter and had done until now. Speaking to the media ahead of the Shriners Open, where Koepka is set to make his first start in the new season, the four-time major champion revealed that he underwent a knee operation following the Tour Championship and has spent the last week and a half practicing, after spending some time out due to rehab.

"I’m going to practice," he said, discussing the upcoming season. Koepka had admitted previously that he tends not to practice for PGA Tour events as his main focus is the majors.

"You know, I’ve got five, six years left of probably my prime I guess you could say.

"I want to see how far I can take it. I’m a little extra motivated.

"Feeling 100% is nice, but extremely motivated to see how far I can push it."

When asked about the PGA Player of the Year award, Koepka had this to say: "I don't play for awards. I just play to win, win trophies, win tournaments.

"Yeah, it would’ve been great, but I think everybody in this room knows — I mean, LeBron has only won 4 MVPs and I’m pretty sure he’s been the best player for more than just four years."