This week's Canadian Open to feature hockey boards and marshals dressed as refs at par-3 seventh!

The PGA Tour's Canadian Open will this week pay homage to its national pastime by way of a hockey-themed par-3 seventh hole at Glen Abbey.

The idea came about by tournament director Brent McLaughlin, a tattooed motorcycle enthusiast who travelled as a roadie for the Barenaked Ladies in the early 1990s, shortly before working at Glen Abbey.

Hockey boards will line the 156-yard seventh, marshals will be dressed as referees and there will be a Zamboni (ice resurfacer). 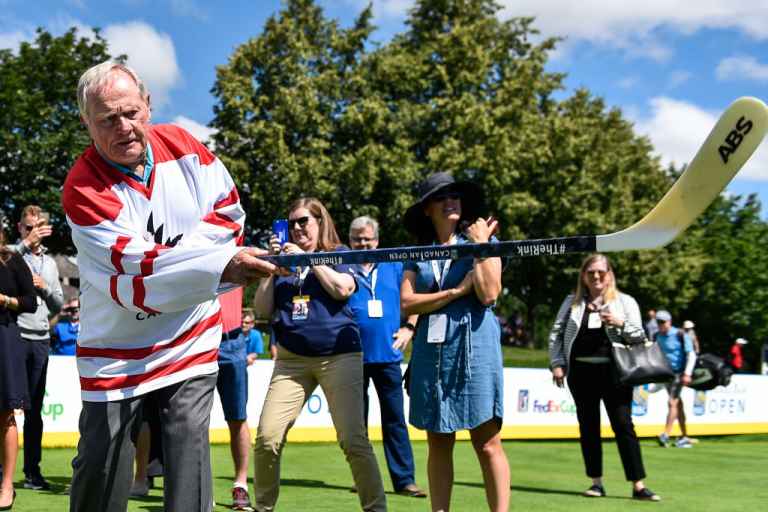 A little like we see at the Phoenix Open's par-3 16th hole at TPC Scottsdale, McLaughlin wants to this week "turn the Canadian Open into a party."

"As soon as that shot is hit, I’d love this rink to become just as rowdy as the 16th hole at the Waste Management Phoenix Open," said McLaughlin.

Of the par-3 seventh that plays across water, the Canadian Open website says: "The green is surrounded by bunkers and unpredictable winds that will give players pause. The green slopes back to front and balls have been known to slide right off the putting surface."

Dustin Johnson starts as tournament favourite, while Matt Kuchar will be looking to go one better than his runner-up finish at the Open Championship. England's resurgent Ian Poulter is also in the field.