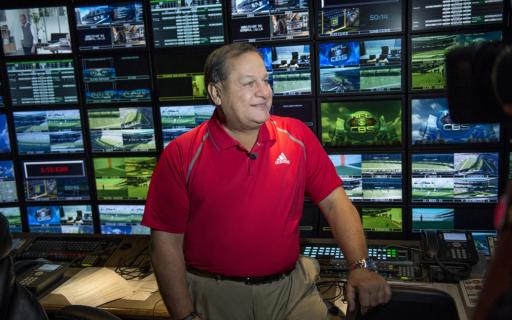 CBS Sports has announced that Lance Barrow will be stepping down for the 2020 season, having served as the golf team's coordinating producer since 1997.

Barrow first joined CBS Sports as a reporter in 1976 and has gone on to receive 12 Emmys during his time with the network giants.

Over the past couple of months, CBS Sports has decided to revamp its golf team and fired fan-favourites Gary McCord and Peter Kostis, much to the disappointment of the viewers.

CBS Sports were criticised by McCord and Kostis due to the way they went about their dismissals, with McCord - arguably the funniest commentator of all time - being told that his coverage had 'gone stale.'

McCord and Kostis are set to be replaced by Davis Love III and Frank Nobilo and it seems CBS Sports weren't done there, with Barrow the latest to be dropped from the team.

“For over 40 years Lance has embodied the tradition and history of CBS Sports golf and set the standard of excellence in golf production,” said Sean McManus, chairman of CBS Sports. “He is a golf institution and has been a tremendous ambassador of the sport on behalf of CBS Sports. We can’t thank Lance enough for his many contributions.

Sellers Shy, an Emmy award-winning producer, will replace Barrow and McManus believes the timing couldn't be better for Shy to step up into this lead role.

“We are excited to elevate Sellers into the lead producer role. He is a highly-respected and accomplished producer, and has great relationships with our announcers, production team and across the golf community,” McManus said. “With his experience and leadership, he is the perfect person to lead our golf production. We look forward to a great season and have no doubt the transition from Lance to Sellers will be seamless.”