Claude Harmon III believes that trying to cap distance is not the solution golf needs. 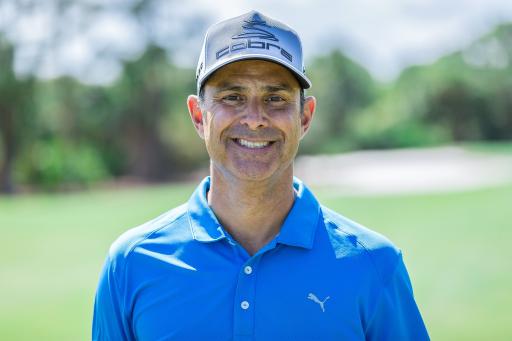 Claude Harmon III believes that trying to limit how far players hit the ball is not the solution that golf is looking for.

After the latest distance report, the R&A and the USGA reportedly discussed the idea of limiting how far players hit the ball, by putting more caps on equipment.

Harmon, one of the best coaches in the game who works alongside players including Brooks Koepka and Dustin Johnson, believes that the equipment isn't the problem and that it doesn't help the amateur golfer hit the ball further.

"If we get all these numbers about how far all the golf balls are going and everything going too far, then everyone across the board in professional golf would all hit the golf ball the same.

"Bernhard Langer would hit the ball as far Rory McIlroy and Inbee Park would hit as far as Dustin Johnson, because they can go and buy the same driver, the same shaft and the same ball. If it was just the driver and the ball, then everybody would hit it the same distance.

"There wouldn't be guys that were considered short-hitters of the golf ball. If it was just the equipment, the playing field would be 100 per cent level. We're looking at less than one per cent of golfers and saying to them that we need to make changes."

RELATED: R&A and USGA say long hitting needs to be slowed to save the sport

The distance report also stated that the continuous trend of making golf courses longer is negatively impacting the environment and finances of clubs worldwide, while many also believe that golfers are losing the necessity of working their way aroud the course, due to their ability to cut corners through distance.

"If you look at all the great golf courses on tour, they're not necessarily the longest," Harmon added. "Everyone keeps saying that the modern game is making these old great courses obsolete, but everything built in the 1920s, 30s and 40s is somewhat obsolete now.

"The game of golf won't grow if we try and take it back the way it was 20, 30, 40, 50 or 60 years ago. We're one of the few sports where we're constantly talking about the past, not talking about the future or what's happening today.

"Golf for some reason and for some segment for the population has to be this Truman Show-type thing where nothing ever changes and everything like it used to be."