Collin Morikawa is currently 2nd in the Race to Dubai rankings and is yet to play an event in Europe. 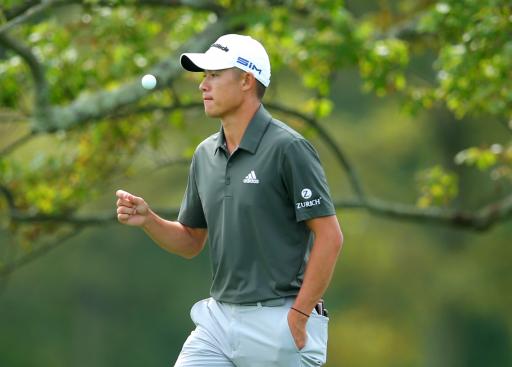 Collin Morikawa is unsure whether or not he would receive "hate" from European Tour fans if he went on to win the Race to Dubai without even playing a tournament in Europe.

The PGA Championship winner is currently 2nd in the Race to Dubai rankings after playing in four events that have helped him gain 1,820.7 points, behind fellow American Patrick Reed.

The 23-year-old then flew up the leaderboard into 1st position when he won the first major of the year at the PGA Championship, before slipping into 2nd when he missed the cut at the US Open.

Reed has opted to play on the European Tour this week at the BMW PGA Championship and will be hopeful of extending his advantage at the top, while Morikawa decided to stick to the PGA Tour, with the Shriners Hospitals for Children Open being played right around the corner from his home in Las Vegas.

Although he will miss out on the chance to earn Race to Dubai points this week, Morikawa could still take back top spot with a strong performance at the Masters in November and book himself a place at the DP World Tour Championship at Dubai in December.

Speaking to the media ahead of the tournament, Morikawa was asked how he felt about potentially winning the Race to Dubai without playing a single event on European soil.

"Yeah, I don't know if I would get a lot of hate or what," said the World No.5. "Everyone goes through it for being an affiliate member. That's just part of being a part of the affiliate membership I have the first year of playing is that you don't necessarily have to go over and play.

"You can use the WGCs and the other events to kind of -- the majors -- to add up your points.

"I just happened to win the first major that was really a huge point pool that kind of jump started me up there. You know, I can't say anything about it because I don't know the system that well. I'm very fortunate to be in that position.

"Obviously I want to make something out of it giving myself a chance like that."

Asked whether he would go to Dubai if he was around the top of the Race to Dubai standings in December, Morikawa said it was certainly a possibility.

"Yeah, it possibly could be added to my schedule." he added. "I haven't decided yet, but it was definitely something that before this quarantine stuff happened that's why I signed up for the European Tour membership.