Could the Old Course at St Andrews one day disappear?

World famous links courses under threat due to climate change.

Open Championship venues such as St Andrews and Royal Troon could be under water by the end of the century if sea levels rise even slightly as a result of climate change.

A report from the Climate Coalition has revealed how golf, football and cricket face an "unexpected threat", with cricket to be the "hardest hit".

"Climate change is already impacting our ability to play and watch the sports we love," said the report. 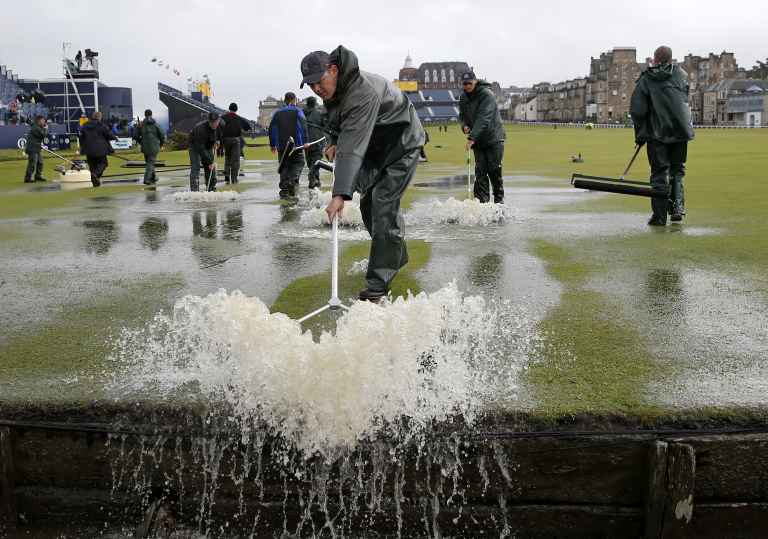 Where golf is concerned, the report says "only a small increase in sea-level rise would imperil all of the world's links courses before the end of the century."

St Andrews has officially been confirmed as the venue of the 2021 Open Championship, which will be the 30th time it has hosted golf's oldest major.

The report also adds that "more than 450 years of golfing history" at Montrose, one of the five oldest courses in the world, is at risk of being washed away by rising seas and coastal erosion linked to climate change.

Research published by Dundee University in 2016 showed the North Sea has crept 70 metres towards Montrose within the past 30 years.

Chris Curnin, director at Montrose Golf Links, said: "As the sea rises and the coast falls away, we're left with nowhere to go. Climate change is often seen as tomorrow's problem - but it's already eating away at our course.

"In a perfect storm we could lose 5-10 metres over just a couple of days and that could happen at pretty much any point."

There was as much as 20% less playing time for courses across the greater Glasgow area in 2016-17 compared to 10 years earlier, the report suggests.

"It is a fact that increased rainfall and extreme events are causing more disruption in recreational golf," says Richard Windows of the Sports Turf Research Institute (STRI).