Could Tom Brady become a GREAT GOLFER in his retirement from NFL?

Tom Brady is set to hang up his boots and his American football career after 22 seasons, so could he pursue golf on a regular basis? 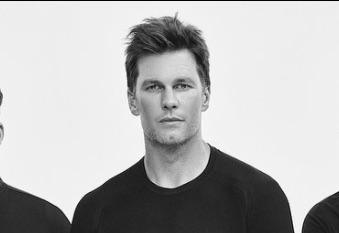 Tom Brady is set to retire from his American football career after an illustrious 22 seasons in which he has won more Super Bowls than any other team.

Brady is a three-time MVP in the NFL as well as a five-time MVP of the Super Bowl, a 15-time Pro Bowler and a member of the last two All-Decade teams.

The 44-year old is widely regarded as the greatest player of all time. He holds records for all-time completions, passing yards, passing touchdowns and Super Bowl MVP's.

Brady has played as a quarterback for the New England Patriots and the Tampa Bay Buccaneers. He was selected by the Patriots in the 2000 NFL Draft.

RELATED: PGA TOUR: HOW MUCH DID EACH PLAYER WIN AT THE FARMERS INSURANCE OPEN?

Now that the legendary footballer is expected to retire soon, he could potentially pursue his other passion in life which he has made very clear in the past: golf.

Brady has previously competed twice in The Match, which is an event that pairs some of golf's biggest names with stars of other sports in a matchplay format.

In his first appearance, he teamed up with Phil Mickelson but they were beaten by Tiger Woods and fellow NFL star Peyton Manning in May 2020.

And then in July 2021, Brady formed a duo with Mickelson again but their bad luck returned when they lost to Bryson DeChambeau and Aaron Rodgers, another fellow NFL icon.

Nonetheless, Brady's interest and golfing ability are clear to see. The man born in California reportedly has a handicap of 8, which would surely come down immediately now that he has more spare time.

In each of his appearances in The Match, his game was impressive and his athletic frame and muscular build certainly helps him to hit a long ball too.

NEXT PAGE: TAYLORMADE STEALTH VS COBRA LTDX | WHICH IRONS WILL IMPROVE YOUR GAME?