The girls prove they can mix it with the boys at GolfSixes at Centurion Club. 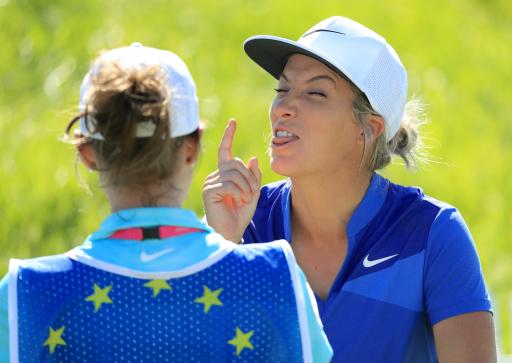 Both England Women and European Women sides qualified for the quarter-finals of the European Tour's innovative new GolfSixes tournament at Centurion Club in St Albans.

GolfSixes is in just its second year and it sees matches played over six holes in a greensomes format (both players tee off and then it's alternate shot from the chosen tee shot).

England Women, represented by Charley Hull and Georgia Hall, and European Women, consisting of Mel Reid and Carlotta Ciganda, took down a number of leading male professionals on the European Tour to advance to the final day of the event.

WATCH: PEPPERELL BEGS FOR FINAL PUTT TO BE CONCEDED!

Hull and Hall secured a draw with the England Men's side (Matt Wallace and Eddie Pepperell) and then thrashed South Africa (George Coetzee and Haydn Porteous) 4-1, before going down to Sweden's Alex Bjork and Joakim Lagergren.

But as a result of winning six holes in total from their three matches, as opposed to the Swede's five, the girls advanced alongside England's Wallace and Pepperell - who wore replica England 1966 World Cup shirts.

European's Women side advanced after overcoming defending champions Denmark in a sudden-death play-off.