GolfMagic relaunches website to cement position as No.1 golf site for millennials... 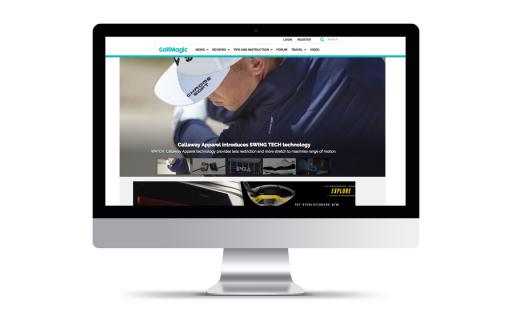 GolfMagic.com has relaunched to cement its position as the number one destination online for millennial golfers.

After rebranding for a younger generation three years ago, GolfMagic has enjoyed huge success, growing its social following to the biggest in Europe, signing adidas Golf as its apparel sponsor and achieving record numbers on its website with more than 380,000 monthly visitors - making it the largest digital golf publication outside of America.

Content Manager, Andy Roberts, said: “Our sole aim for the last three years has been to breathe new life into golf and attract a younger audience to the sport. We’ve managed to grow the biggest social following and more 18-35-year-olds are coming to our site than any other in Europe, so we can definitely say that we have done that and we’re really proud of what we’ve achieved.

“The goal now is to influence things on a much bigger scale, making a real mark in the US, while continuing to grow in Europe.

“With the new site we now believe we’re in a great position to do that. The colour scheme and layout looks fantastic and it’s now so easy to use across all devices.”

New features include a top-story news slider for the day’s biggest stories on the homepage, a drop-down menu in the corner of the screen for mobile and tablet users to improve navigation around the site on mobile, and a video slider allowing users to cycle through the latest equipment, first-looks, interviews and challenge videos.